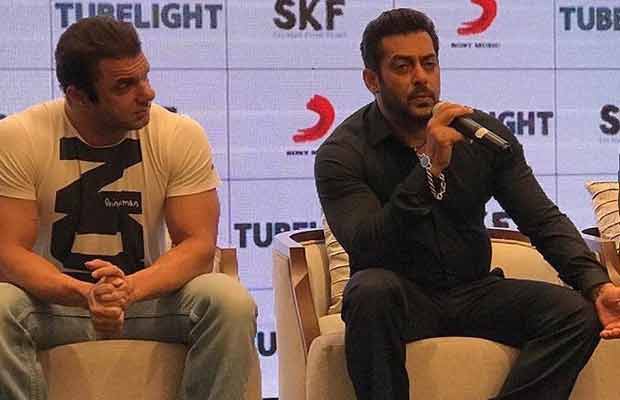 Salman Khan shares about having the facial disorder at the song launch of Tubelight in Dubai.

We all know Bollywood actor Salman Khan’s life is an open book and the actor has always given an access of his life to his fans. However, there are so many pages that still need to be read. There are some things about Salman’s life that are too personal. It is because Salman might not be comfortable about sharing publicly. One such is that Sultan actor suffers from a facial disorder called trigeminal neuralgia. (A chronic pain condition affecting the trigeminal nerve in the face.)

Salman Khan recently revealed about the same at the Radio song launch of Tubelight in Dubai. While revealing about the same, Salman Khan said that this pain inspired him from working harder in his career.

Gulf Times reported Salman as saying, “No matter how much pain you are going through, it made me realise that you can’t put any subtitles — your ligament is torn, you have the flu or that your knee is hurting — in any of your scenes.”

He added, “Your fans don’t care about it and that you really need to give your best on screen. Once it’s printed, it’s lifelong.”

The actor went on to reveal that patients suffering from this condition even commit suicide.

Salman had first spoken about the condition in 2011 during which he had revealed, “There is a flex and hoarseness in my voice, it’s not because I am drunk … I don’t drink during Ramadan … it’s because of this ailment. I’m doing fine. It’s just that now, I had no choice but to pay attention to my health.”

Salman Khan along with director Kabir Khan was in Dubai yesterday for the first song launch, “the Radio Song” from Tubelight. The film, which also stars Chinese actress Zhu Zhu and Sohail Khan in pivotal roles, is releasing on June 23, 2017.