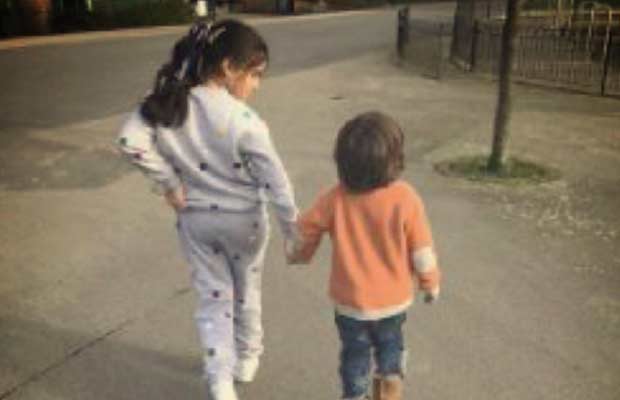 Shah Rukh Khan has always championed the cause of woman empowerment at every occasion he gets a chance to. On International Women’s Day 2017, he put up a picture of his son, AbRam. You might be wondering why. Any person on this occasion will put up a picture of either their mother, daughter or wife or a lady who has been their inspiration and motivation in life.

So why did King Khan put up a picture of AbRam on Woman’s Day and neither his wife, Gauri’s nor his daughter, Suhana’s?

The 51-year-old actor tweeted a picture of his little son AbRam, seen from behind and holding the hand of a girl just a little older than him with a caption, “Hold her hand so that she can lead you. Happy Women’s Day.” 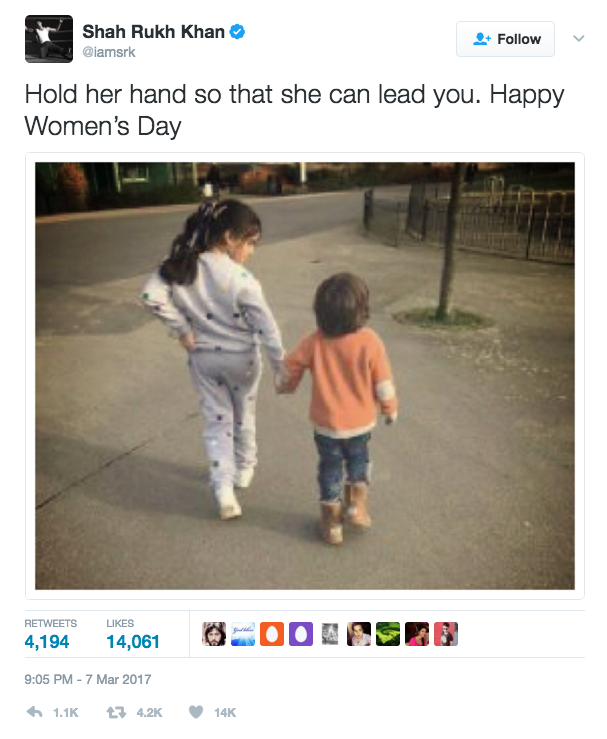 Isn’t that amazing? Such a lovely way to wish the women on this special day!!

Recently, SRK walked the ramp at Mijwan 2017 and spoke about bringing sensibility and sensitivity to the issue of gender inequality. Shah Rukh Khan says that women empowerment is a misnomer as he believes that the fairer sex is anyway more powerful but what it needs in this “man’s world” is an equal opportunity to grow.

He rightly said, “We keep talking about empowering the ladies, which is a misnomer according to me. It’s like saying ‘save the planet.’ You don’t save the planet, the planet saves you, it is looking after you. Similarly when we say, ’empower women’, there is nothing like empowering them. They are more powerful than us. All we need to do is genuinely give all the ladies an even playing field. That’s all they are asking for.”

SRK has always been open in admiring and respecting his female co-stars. He is charmer and we all know why!