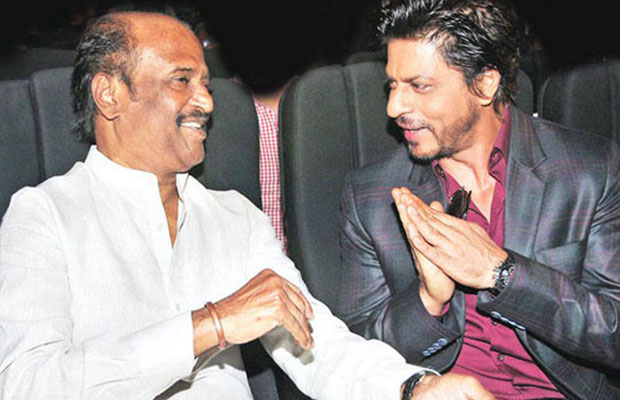 On an official trip to India this week, the Prime Minister of Malaysia, Datuk Seri Najib Razak visited South superstar, Rajinikanth at his residence! Reports further suggest that Najib Razak also proposed Rajini’s name and indicated that Shah Rukh Khan should be replaced to appoint Rajinikanth as the state’s tourism ambassador.

The 65-years-old superstar was in Malaysia last year for the shooting of his film ‘Kabali’ which was about Malaysian Tamils. The film even starred Malaysian actors such as Datuk Rosyam Nor and Norman Hakim and Malaysia also received a special version of the film with a different ending, after the National Film Censorship Board requested for a moral lesson at the end that crime does not pay.

The film was mostly shot in Malaysia with only some parts being shot in Chennai and Hong Kong. When the actor was in Malaysia for outdoor shooting, huge crowds would gather to have a glimpse of the superstar who enjoys wide popularity in this Asian country as well.

Considering the huge fan following, the tourism board seems confident that his replacement with SRK (who has been the tourism ambassador since 2008) will be more effective.

The King Khan of Bollywood Shah Rukh Khan was awarded the title of ‘Dato’, which is equivalent to India’s Padma Awards. Close sources say that the Malaysian government is now planning to confer ‘Dato’ on the ‘2.0’ star.

The Malaysian PM and his wife are avid Indian cinema followers and became fans of Rajinikanth during the actor’s long stay in Malacca, for the shooting of Kabali.

There has been no official confirmation yet and knowing Rajini sir, we will have to wait to know the final update.

Will he accept the invitation of Malaysian PM? Do you think Rajini Sir would make a better tourism ambassador of Malaysia compared to Shah Rukh Khan? Do tell us in comments.