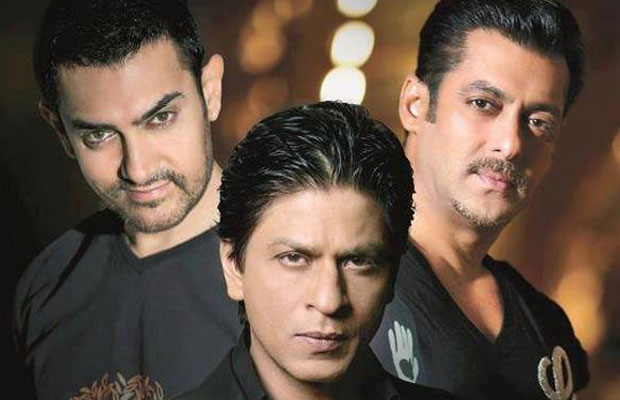 Shah Rukh Khan speaks about dealing with the failure and if people misunderstand his intentions behind doing films.

Losing and winning is a part of life. In a career spanning over two decades and 70 films, Bollywood superstar Shah Rukh Khan has witnessed incredible highs and lows in his career. But nothing stopped him from moving ahead. There are always sorts of opinions and judgments passed when a film does not do well at the Box Office and vice versa. Shah Rukh recently talked about dealing with his success and failure. The Raees star also spoke that how failure has turned out a benefit for him.

The actor in an interview with DNA spoke about how since 22 years he has been hearing that his career is over and that people don’t understand the business. Shah Rukh Khan also talks about being compared to Salman and Aamir for the Box Office numbers.

Talking about dealing with his failure, Shah Rukh Khan said, “There’s an automatic shut-off system. You release the film and you know this is it. On Friday, you get to know the outcome and you can do nothing about it. I have done all that I can and that’s the best part. Did I put my best foot forward making this film? If I know that, then the hurt is a little less. It’s not for want of trying. You try. It’s like you wear a suit and you go out and not everybody will like it. Nobody’s come out wearing it for it not to work. Some are wearing it to look pretty, handsome and some are wearing it to shock you with the newness of it all. Movies are exactly like that. Sometimes, they don’t work. There’s nothing more to it than that. But if it doesn’t work personally, I get very disturbed and sad. I wish somehow I knew which story to tell. I am also not prone to doing the right thing, to try and make a safe film. It may seem so because people keep on picking up my safest thing and giving that as an example. My whole career, from when it started, whether it was with Ketan Mehta to Gauri Shinde or Rahul Dholakia, it’s never been a stayed step into films thinking ki I will make a regular film. The first film I produced was Phir Bhi Dil Hai Hindustani which was a black comedy on news and communication. Those are not subjects people touch upon in commercial cinema. You can touch on it in a small film. Another example would be RA.One and everybody told me that science fiction doesn’t work in this country. But I spent so much money, created a VFX studio to do it. I don’t want to make a safe film. I have always said this — I’d rather go wrong doing something new than go wrong or right doing something which has been done.”

When asked about how he thinks when people constantly pitted him against Salman Khan and Aamir Khan at the Box Office. To which, Shah Rukh Khan replied, “Bottomline is, my intention is not important, your entertainment is. If I was to keep on saying, ‘Please understand the intention behind my cinema and respect it for that, it won’t happen. Just because my intention is X, I don’t believe that 20-crore people will have the same intention and respect it. They should just be entertained. The best challenge is when your intention and the entertainment matches. I don’t think I can really go up to people and ask them to respect my intentions over their entertainment. My intention is for me to know, for me to do, for me to believe in. It’s supposed to entertain you; if it did, good, if it didn’t, too bad. I will try and make the combinations work together. For people who keep talking so much about what I say, what I do, what business I should have, they have not been here for 51 years and I don’t want to question their intention either. But they don’t know what they say. How can I take it seriously? I am not going to get swayed, wavered, disturbed, worried, angsty or threatened by somebody who doesn’t even know what it is. When I’m on social media, everyone seems to know the numbers and which theatres the movie should release, which holiday period is best, which film will work and which won’t. Come work with me, do it for another 25 years with me and tell me whether your points-of-view work? Does it have any basis or reasonable thought behind it? Or is it just what you are reading and saying it. It doesn’t make a difference, what people say, how they say. ‘Oh, Shah Rukh’s doing this because of this and that.’ No, it’s nothing like that. I’d never be able to walk in to this house, travel in a good plane or wear good suits and feel so proud and happy about it if I didn’t know my intentions were good, to bring about change, newness or modernity within the given parameters of Indian cinema. I know why I do what I do and if I start questioning that myself, I would never be able to enjoy the trappings of stardom. I would be guilty, but I am not. It goes wrong often and it goes right sometimes. I sometimes gloat over it and I don’t get completely disturbed by it.”