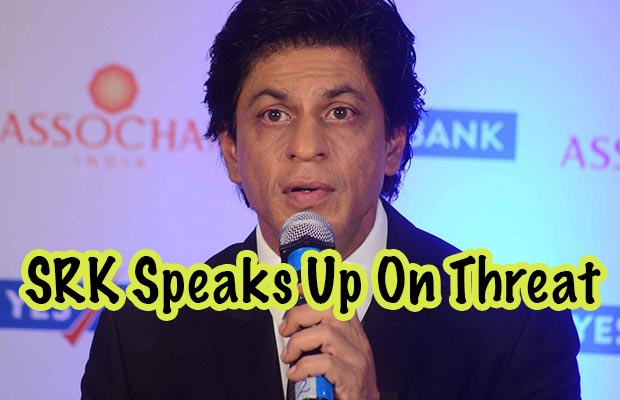 [tps_footer]Shah Rukh Khan lately seems to be entangled in political issues. After the intolerance row, the actor has now again become the target of the Maharashtra Navnirman Sena. Recently, the farmers of Maharashtra were in great trouble because of the drought. Many celebrities came forward to help the farmers. However, the MNS organization is not too pleased with Shah Rukh Khan as the superstar did not lend a helping hand to the farmers of the state.

MNS due to the same reason has appealed to the people not to watch Shah Rukh Khan starrer film ‘Dilwale’. The political group also opined that they are not seeking a ban but are appealing.  The superstar of the tinsel town SRK who is currently all tied up with the promotions of his much awaited film ‘Dilwale’, had been tongue tied about the same until now.

However, recently during the promotional event of the film SRK cleared his view on the issue. King Khan was asked to comment on the same and the superstar replied, “We have made a positive film, so I am sure that people will watch the film.”

The mind blowing star did not delve into any other statements and kept his stance clear and straight forward avoiding any hassle. Rohit Shetty directorial film ‘Dilwale’ is hardly any days away from its release. The film has been in limelight since its inception for its impressive star cast of Shah Rukh Khan, Kajol, Varun Dhawan and Kriti Sanon.

‘Dilwale’ is expected to be an entertaining movie with a combination of action, romance and comedy. The much awaited film is all set to hit the screens on December 18th, 2015. Moreover, the star studded movie will also clash with Sanjay Leela Bhansali’s historic drama ‘Bajirao Mastani’ starring Ranveer Singh, Deepika Padukone and Priyanka Chopra.[/tps_footer]