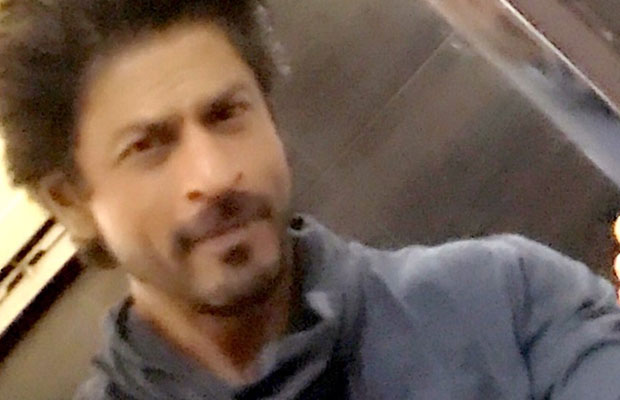 Seems the Raees actor Shah Rukh Khan is taking all the advantage of keeping his fans waiting after the much awaited movie Raees.

It has been a really long time after Raees got announced. Raees, that was supposed to release on Eid this year was then postponed after the clash with Shah Rukh Khan’s biggest competitor Salman Khan’s film ‘Sultan’. King Khan then invoked anxieties and curiosity amongst the fans by announcing the trailer launch on December 7, 2016, at 11 in the morning.

Having updated a few posts about the film, the star seems to be equally excited for the launch and release of the movie.

Shah Rukh Khan, recently gave subtle hints about his movie by posting a selfie. The actor wore a grey jacket that had a quote “Battery nahi bolneka”. He captioned the picture saying, “ Raees trailer out in 3 days. Feel the happiest when I am on Raees set. My highlight of the day…” 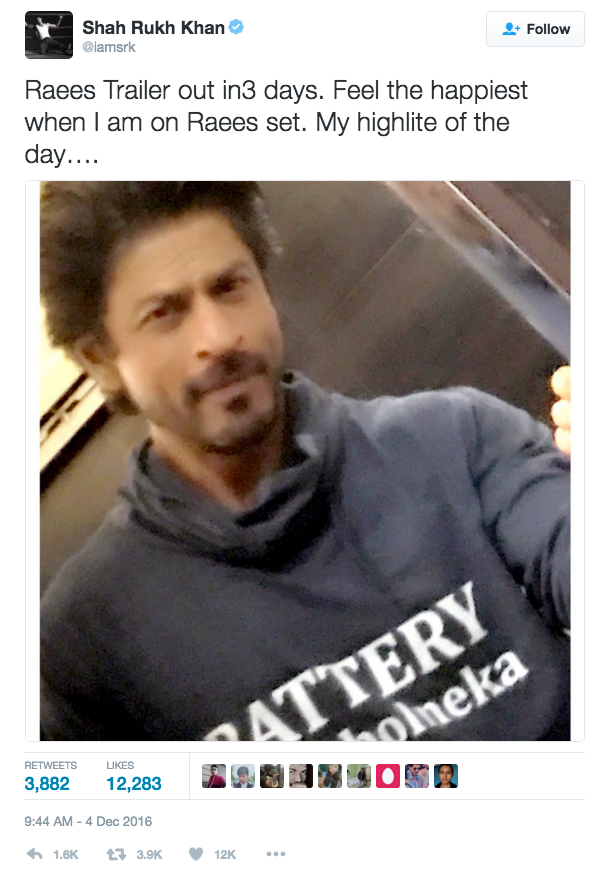 In the second post, Shah Rukh Khan posted a picture with Raees AD team wearing the same grey t-shirt with “Battery nahi bolneka”. The caption he had given was, “Raees late nite shoot & our beautiful AD team gets me the t-shirt which says it all for Raees in the film. Battery nahi bolne ka…” 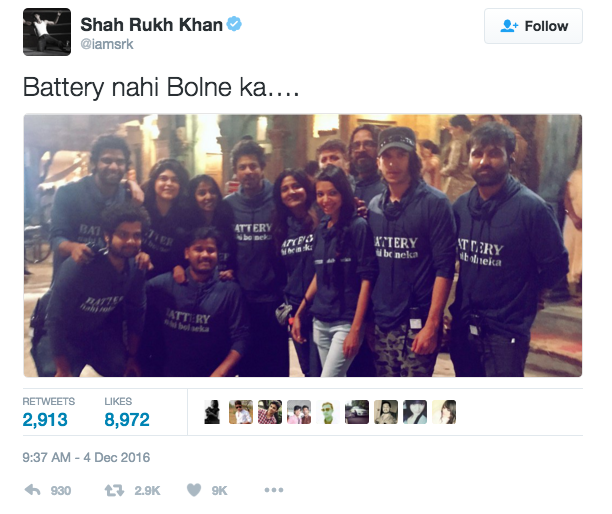 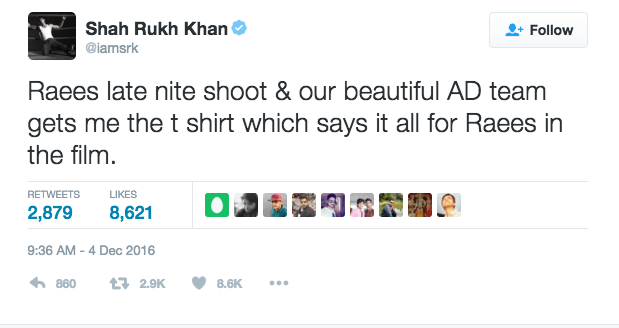 After the excitement awaken for the film, Shah Rukh Khan seems to set fans on a nail biting mode with posting pictures in such quotes. Having done few commercials in the past years, King Khan seems to be back with dramatic roles finally and that is killing it for the audiences. The baniye ka dimaag and Miyan Bhai ki daring seems to eb very promising than his past roles. Let’s wait and discover what the ‘Battery nahi bolneka’ actually means. Till then hold your breaths while Shah Rukh Khan uses the magic promotion wand on you.