The news of bharat-milap of Shah Rukh Khan and Salman Khan has left their fans in frenzy. First the news of Shah Rukh promoting his upcoming film Raees on Salman’s reality show, Bigg Boss gave the happy news of seeing the two Khans sharing small screen.

This news barely got out of media’s attention and it was revealed that Shah Rukh Khan is doing a cameo in Salman Khan’s Tubelight, a much awaited reunion on the silver screen after a decade. Their last outing together on the big screen was in Om Shanti Om‘s multi-starrer song Deewangi Deewangi.

While the entire team is all hush hush about the entire outing and no one has decided to make an official confirmation, it can now be revealed that SRK even shot for the cameo in Mumbai on Sunday. Yes, these are some pictures from the sets. Check them out!!! 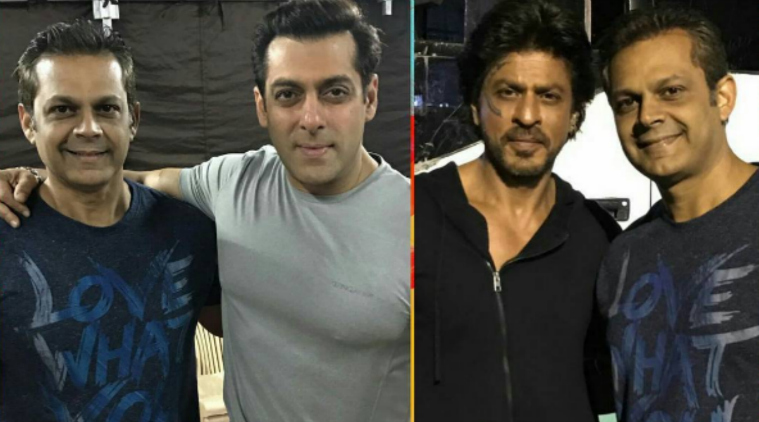 SRK‘s character in the film will sport a cool tattoo on his face. Although it’s not clear what the tattoo is all about or what SRK‘s role would be in the film, it has already gotten our interests.

Tubelight is directed by Kabir Khan and also starrers Sohail Khan and Chinese actress Zhu Zhu. It is slated to release on Eid 2017.

Also Watch Video: Shah Rukh Khan Or Salman Khan: Guess Who Is The Most Talked Bollywood Celeb On Twitter!