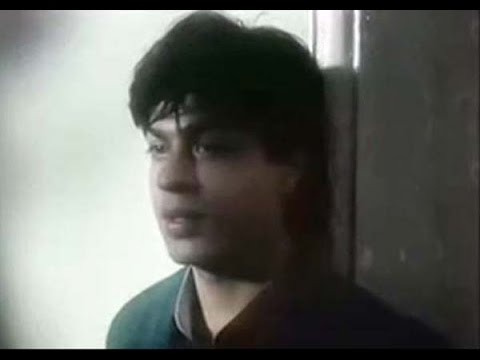 Before entering Bollywood, superstar Shah Rukh Khan has acted in several television shows as well as short films. Well, one of his unreleased film, which was made as miniseries will not be screened at Jio MAMI Mumbai Film Festival in Mumbai.

This mini series-turned-film titled ‘Ahamaq‘ is directed by Mani Kaul. It was made in four parts as mini-series. Shah Rukh Khan looks quite young in this film. Well, his acting in it is superb and he proves why he is such a versatile actor in the industry today. The film was first released as a four-part TV mini-series on Doordarshan in 1991. It was also screened at the New York Film Festival in 1992. This film is unreleased because it never had a commercial release in India.

Ahamaq is based on Fyodor Dostoevsky’s novel “The Idiot”. It is a four-hour film and it will have a screening in the newly introduced programme ‘The New Medium’. The films in this category will be screened throughout the festival, between October 20 to 27.

Currently, SRK is shooting for his Imtiaz Ali’s film, The Ring. The film also stars Anushka Sharma in the lead role. He also has a cameo in Karan Johar’s Ae Dil Hai Mushkil. ADHM is releasing on October 28. King Khan’s film Dear Zindagi, starring Alia Bhatt in the lead role and directed by Gauri Shinde will hit the theatre screens on November 25. SRK plays a love mentor to Alia in the film.