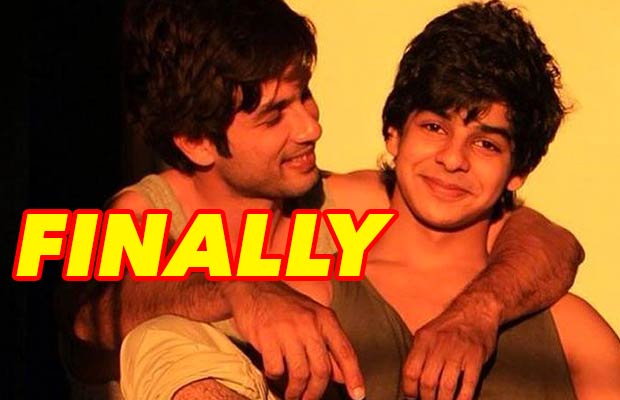 [tps_footer]Bollywood actor Shahid Kapoor’s younger brother Ishan Khattar is currently in the limelight as the handsome hunk is all set to step into Bollywood. According to reports, Ishan Khattar is making his Bollywood debut in the sequel of Karan Johar’s Student Of the Year, with Saif Ali Khan’s daughter Sara Ali Khan. However, no official confirmation has been made yet. Also, not many noticed that Ishan had a cameo role in recently released Udta Punjab.

While brother Ishan Khattar’s Bollywood debut is awaited, Shahid Kapoor is currently celebrating the success of Udta Punjab. Each and everyone is very much curious to know when Shahid’s brother Ishan would make his debut and impress the audience like his brother. Finally reacting on the same, Shahid Kapoor reportedly said that Ishan will definitely try his hand at acting and that Ishan loves Bollywood and wants to work in films. He also added saying that if Ishan acts in films, he will be then his co-actor.

Well, now we are very much excited to know when these two brothers will share the screen space together! Isn’t that amazing?

Reportedly, Ishan, who is all grown up now, is already working on his body and the makers of the film are waiting to make an official announcement on the same. Reports also suggest that shooting of the film will go on floors next year and before that, the star kids will begin with their acting workshop. However, no confirmation regarding the same has been made yet.[/tps_footer]