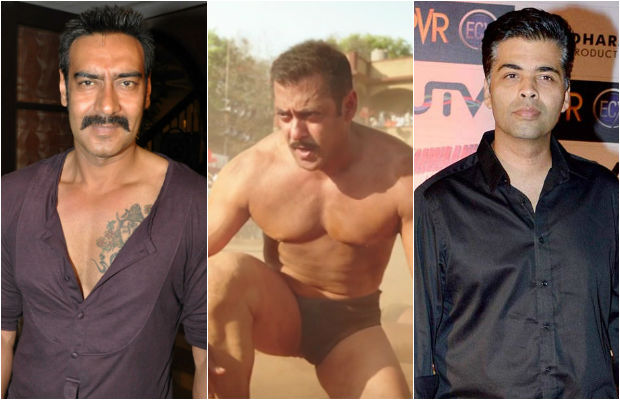 [tps_footer]As we all know both Karan Johar and Ajay Devgn want to release their directorial ventures Ae Dil Hai Mushkil and Shivaay few days before Diwali. Now it seems that there is a competition between both of them to release their respective film trailer with Salman Khan‘s Sultan. Both of them want their trailers to get maximum views possible and attaching it with Salman Khan‘s film will obviously solve their purpose.

Salman Khan‘s Sultan is releasing on EID and we can imagine the number of people who will go to watch Sultan on the first day itself. Both Ajay and Karan want their films to be associated with the Khan film, in what is called indirect marketing.

While there are rumours that Karan Johar is in talks with his friend and producer of Sultan Aditya Chopra to release the trailer of Ae Dil Hai Mushkil with Sultan, but denying all the rumours Karan Johar said that, his trailer is nowhere ready, whereas Ajay Devgn has created a special poster for his film Shivaay which will be put across all multiplexes in the country as standees. This will be the first romantic look of Ajay with his leading lady Sayyeshaa, said a source.

Well, now we are eagerly waiting to see who’s trailer will be attached with Salman Khan–Anushka Sharma starrer Sultan.[/tps_footer]