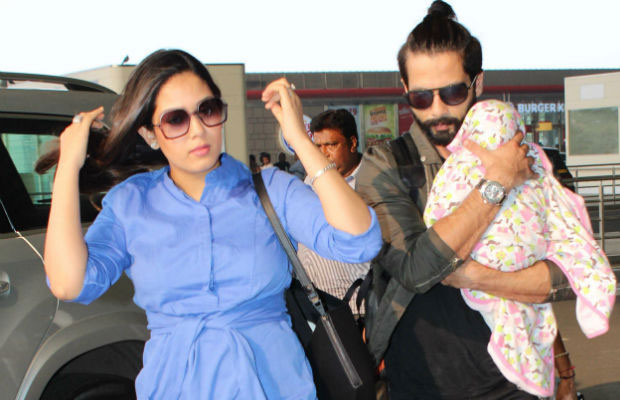 Are Shahid Kapoor And Ranbir Kapoor Going To Be Neighbours Soon?

Two years ago, Shahid Kapoor’s happening bachelor pad was converted first into a family home when he married Mira Rajput and soon after it was baby proofed once their little prince Misha arrived.

Seems like the couple are now on a lookout for a new house. It has been reported that Shahid and Mira are looking for a house in Bandra or South Mumbai and have already seen a few properties. Despite the house hunt which has begun, it is unclear whether they are looking to move out of their current residence in Juhu or are simply investing in property. Shahid overlooked and was personally involved in interior designing of his house in Praneta Apartments, Juhu which he bought in 2014. He had spent a lot of time and efforts in decorating the house which opens up to Juhu beach.

It has also been reported that they checked out an apartment in the much sought after address in Vastu in Pali Hill. Vastu is also home to Ranbir Kapoor which he has apparently bought at a whopping Rs 1.42 lakh per sq ft. which amounts to a total of Rs. 35 crore. It was the couple’s first stop once they declared their intentions of buying a property in Bandra.

Will the two Bollywood heartthrobs be neighbours soon?

Watch this space for more updates!