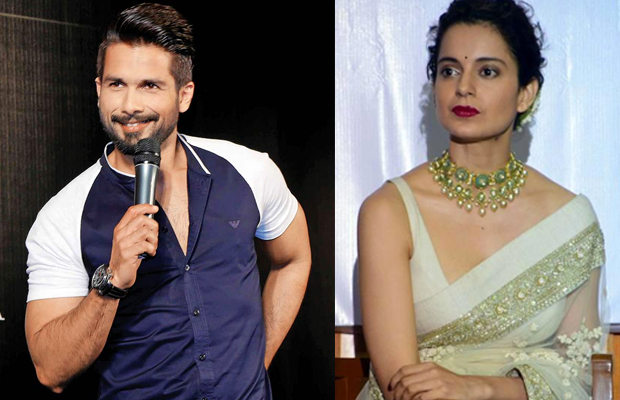 Kangana Ranaut is a total no-nonsense person and don’t let the gossip mongers affect her career choices as well as personal choice. Despite the battle of the year with Hrithik Roshan, Kangana says it is the best phase of her career. She even spoke about how her upcoming film Rangoon has three heroes – Shahid Kapoor, Saif Ali Khan and Kangana Ranaut!

You would expect the two actors to be irked or provoked about it. When Shahid Kapoor was asked his take on Kangana’s three heroes comment, Shahid Kapoor had the most befitting reply ever and it’s one to ponder on!!