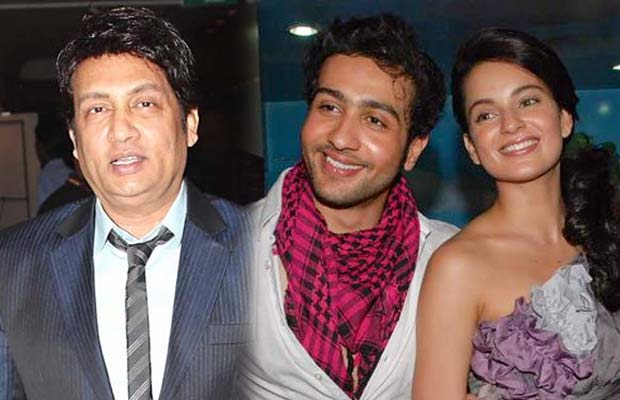 [tps_footer]Shekhar Suman is called as the Amitabh Bachchan of the small screen and his career has been so fascinating and a big encouragement for many who have desired to be part of the television industry. His son Adhyayan Suman made a terrific debut in Haal–e–dil, but he got an amazing response for his performance in Raaz: The Mystery Continues starring Kangana Ranaut and Emraan Hashmi. Later, on to revive son Adhyayan’s career papa Shekhar Suman even directed a movie Heartless but unfortunately, it bombed at the box office. It was said that Shekhar was never happy with Adhyayan dating Kangana Ranaut and he wanted them to separate and recently Adhyayan has opened up about Kangana Ranaut’s mental instability, abusive behavior, physical violence, and black magic. He has revealed that Kangana wanted to be close to Hrithik Roshan right from the days they were shooting for Kites together.

Adhyayan Suman is on Hrithik Roshan’s side and has regretted wasting his time in an abusive, horrible relationship with Kangana Ranaut who has even slapped him a number of times. And, he even confessed that Kangana out of insecurity of her career and success use to throw allegations at him and his family for using her although Kangana was a newcomer when Adhyayan was always a star’s son. Kangana had verbally abused Shekhar Suman a lot of times and Adhyayan never slammed Kangana for that and he use to stay quiet about this but now he has brought it all out. Now, since Shekhar Suman’s name is also dragged into this mess, it was very obvious to ask for his opinion and reactions on this matter.

Well, no responsible parents on this planet will wish bad for their children. We wish Adhyayan Suman could have figured this out earlier, he wouldn’t have gone through so much of pain, alleged abuse, mental trauma and a flop career. But, the best and the worst thing about time is that it never stays the same. So, maybe now he can move on from his disturbing past and just focus on his work and a flourishing career.