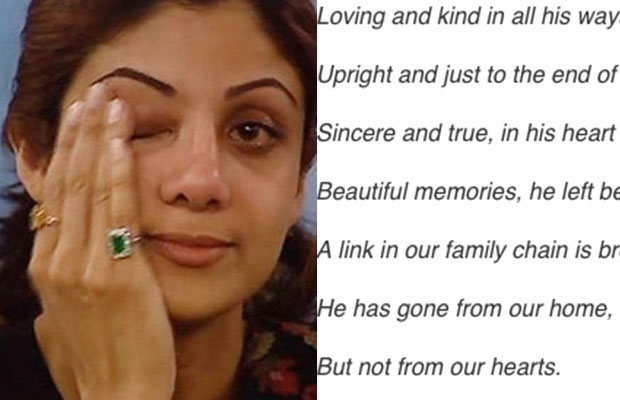 Bollywood actress Shilpa Shetty Kundra and family are mourning the death of the actress’s father Surendra Dejoo Shetty. Her father took the last breath on October 11, 2016 at Ambani Hospital in Mumbai. Heart attack was the reason behind the sad demise of late Surendra Shetty. The funreal rites were done on Wednedsay at Pavan Hans in Juhu.

After the sad demise of her father, Shilpa Shetty Kundra posted a photo on Instagram of her father Surendra Shetty. The caption of the photo was an emotional poem expressing her love and gratitude to her late father. The poem titled “OUR HERO”, read:

Loving and kind in all his ways,

Upright and just to the end of his days;

Sincere and true, in his heart and mind,

Beautiful memories, he left behind.

A link in our family chain is broken,

He has gone from our home,

But not from our hearts.

Her Instagram caption further read, We love u Daddy, you have been the best father, husband, friend and soul..
May you Rest in Peace. Shri Surendra Dejoo Shetty 22 Dec 1941-11 Oct 2016
With gratitude
Sunanda, Shamita, Shilpa, Raj, Viaan-Raj
The Shetty and Kundra Family 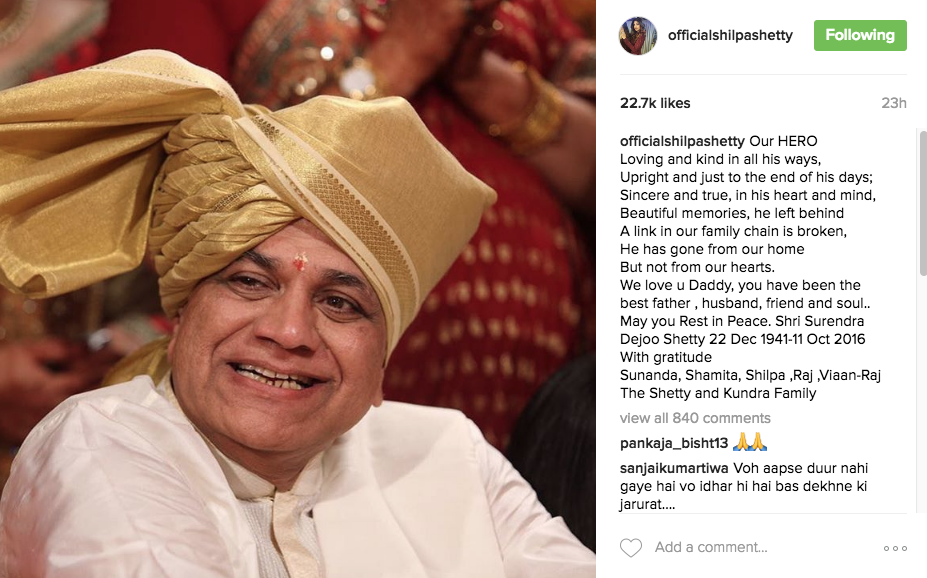 Many Bollywood celebrities were in the attendance including Salman Khan’s family, Akshay Kumar, Abhishek Bachchan and many more at the funeral rites of Surendra Shetty.