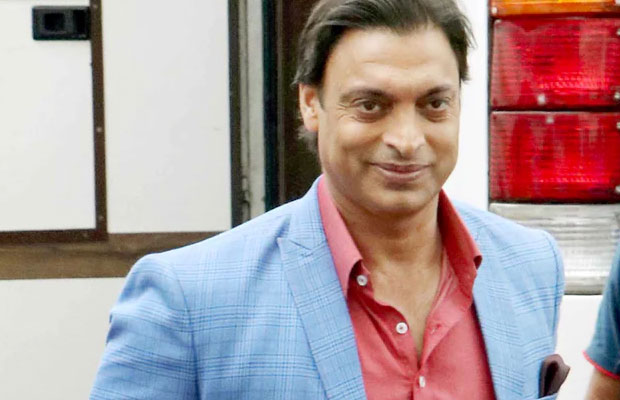 [tps_footer]Pakistani Cricketer Shoaib Akhtar who is currently seen as the judge in a comedy reality show Mazzak Mazzak Mein met with an accident while riding a bike.

It seems that the cricketer was riding a bike on the sets of the reality show Mazzak Mazzak Mein and he slipped over an iron ply and got injured last night at film city. A digging work is going on near Reliance studios and Shoaib though off trying his hands on riding bike of a crew member it was then that Shoaib fell off from the bike because of the slippery ply which was placed over dug up portion on the road. Reports are that the cricketer faced few injuries due to this accident.

According to a leading daily, Shoaib is upset and is possibly blaming Mumbai roads and the authorities concerned. No doubt Shoaib is right and whoever the authority is should be taken into consideration. We hope this show doesn’t stop because of the incident occurred. Have a speedy recovery Shoaib Akhtar.

Mazzak Mazzak Mein is an Indian Hindi drama-comedy television series, Produced by Balaji Telefilms the show is aired on Like Ok and is judged by Pakistani cricketer Shoaib Akhtar and Indian cricketer Harbhajan Singh.