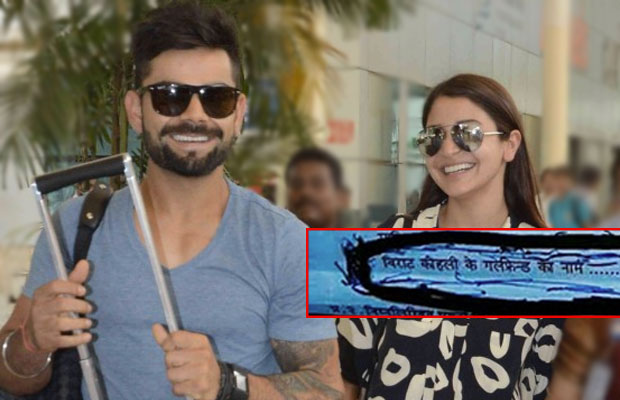 Actor Anushka Sharma and the heart -throb cricketer Virat Kohli have been a couple since a very long time now and we know how adorable both are together. Despite of the differences and the drift between the couple they have time and again proved that it’s love that matters in the end.

Anushka Sharma has repeatedly been criticized for Virat‘s under performance as well as his best innings but the actress takes every news with a pinch of salt.

After all this we recently heard a funny yet intriguing news about the two. A week back we hear that the Chacha Nehru Hindi high School in Bhiwandi asked their students an odd yet hilarious question. In the “Fill in the blanks” option there was a question which read ” Virat Kohli‘s girlfriend’s name is. The funny part is that the question had a multiple choice with options like Deepika Padukone, Anushka Sharma and Priyanka Chopra, yes you heard that right!

Well we can only think how did it affect or interest the students or the school for that matter but it surely did give us a laughter dose, didn’t it? 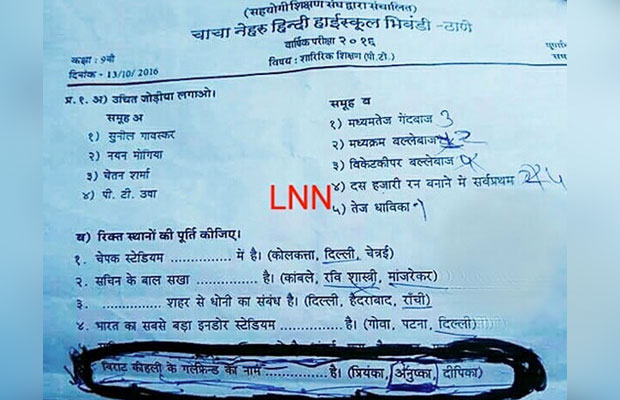 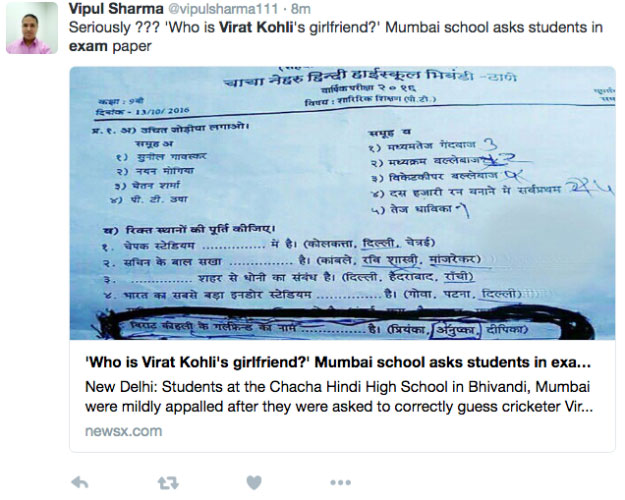 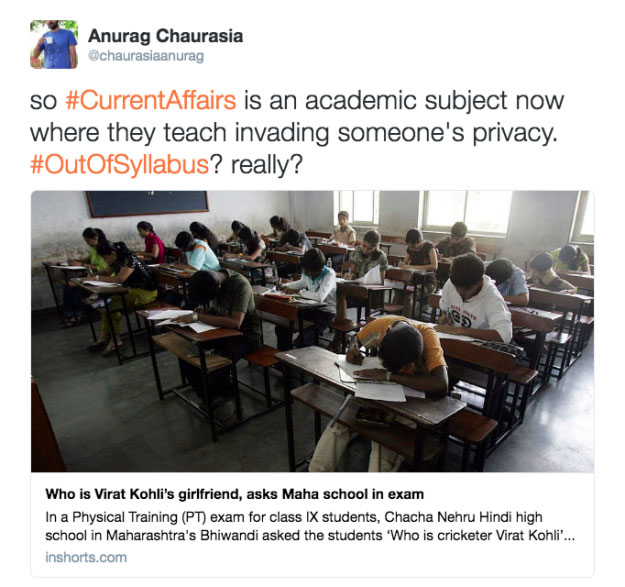