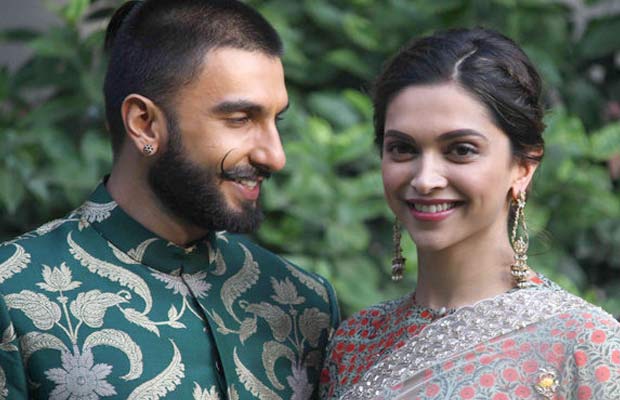 Lovebirds Deepika Padukone and Ranveer Singh are said to be dating for a long time now. Even though the actors haven’t accepted their relationship publicly, Ranveer has left no stone unturned to prove to the word how smitten he is by Deepy.

The actors often pay surprise visits to each other’s sets and are very often seen together at social gatherings.

The couple, which has been giving relationship goals to its fans since long have surprised everyone with great news!

Apparently, the couple is said to have got engaged in a secret ceremony.

According to a story reported by Mumbai Mirror, the couple exchanged rings in a few months ago with blessings of their parents. The report also added that though the couple is very much ready for marriage, it won’t be anytime soon since Deepika wants marriage to wait for another two years.

However, the managers of both the actors refused to comment on this issue for now.

There were rumors a few months ago about an altercation between the couple. However, Deepika put all rumors to rest last month by paying a surprise visit to Ranveer on the sets of Befikre in Paris.

The couple has never accepted or talked about dating each other openly. However, Deepika did flash clear signs about their relationship at a recent award function. The actress blew kisses to Ranveer, who was sitting in the audience, while putting up her performance on the stage. The actor reciprocated back, therefore confirming the news!

It is only recently that the actress has started hinting about their relationship. In an interview to the media, she had said, “I have never commented on anything before, so I wouldn’t say anything even now. He is someone who has always been and will always be an extremely important part of my life. That’s never going to change.”