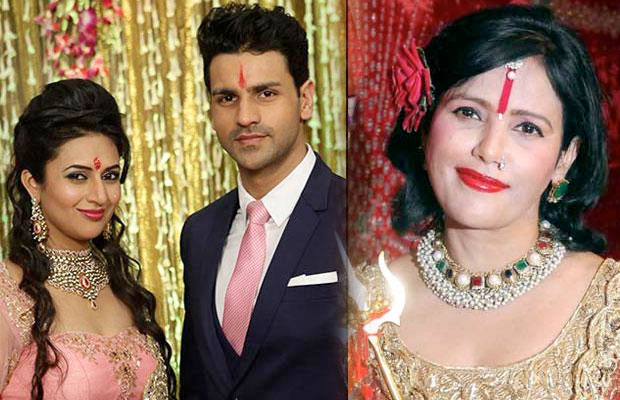 Reining lady of the small screen Divyanka Tripathi is all set to tie the knot in less than two days. We recently showed you images of how groom-to-be Vivek Dahiya saw her off at Mumbai airport as the pretty bride left for her hometown. While Divyanka went to her hometown Bhopal to carry on with her wedding preparations, busy man Vivek is looking after guests, receiving them at Mumbai airport!

The wedding guest list is supposedly very long with many friends and relatives coming to bless the young couple.

However, there’s this special invitee who might garner your attentions.

This special invitee is no other than ‘god woman’ Radhe Maa who’s reported to be invited to the wedding. Divyanka is believed to be a Radhe Maa devotee.

Last year, when Radhe Maa hit the headlines for the various controversies she’s involved in, Divyanka’s pictures with the god woman also went viral. However, whenever asked about her devotion to Radhe Maa, the actress has always kept mum.

It is also reported that the wedding date was finalised with Radhe Maa’s approval. According to a source working close to the actress, “Divyanka is a follower of Radhe Maa. Even last year, pictures of her with the ‘good woman’ had surfaced, but the actress didn’t comment on them. Radhe Maa decided the date and mahurat for Divyanka’s marriage.”

The duo is to tie the knot on July 8 at Bhopal. They will later proceed to Chandigarh for a reception at Vivek’s hometown.