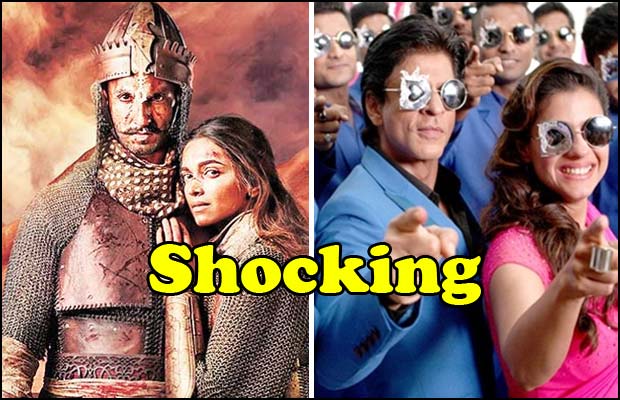 [tps_footer]The two biggest films of the year, Dilwale and Bajirao Mastani are facing unexpected trouble on the day of its release. The films have released today on December 18 all over India, but the trouble for both the films still goes on.

According to the reports, Pune’s City Pride theatre cancelled three shows of the film Bajirao Mastani on Friday after a protest by the Bharatiya Janata Party (BJP). The descendants of Peshwa and Chhatrasal dynasty had organised a protest at Shaniwar Wada on December 12 against Sanjay Leela Bhansali’s Bajirao Mastani. The protest was held outside the ancestral capital of Peshwas to condemn the promotional videos and songs of the movie as according to them the film distort the history.

But just when the makers of the films thought that the problems ended for them, the major protests happened outside the theatres to cancel the show on its release day. Not only Bajirao Mastani, even Shah Rukh Khan– Kajol starrer Dilwale faced the same problem.

A few shows of Dilwale were cancelled in Jabalpur (Madhya Pradesh) as BJP Yuva Morcha again protested against the film’s release. The posters of the film were torn and the protesters were voicing slogans against the film.
Even earlier, Deepika Padukone, Ranveer Singh and Priyanka Chopra starrer Bajirao Mastani ran into trouble after Shiv Sena MLA from Thane district Pratap Sarnaik had submitted a memorandum to cut some controversial scenes from the film.

On the other hand, even Shah Rukh Khan’s film ran into a trouble when the Maharashtra Navnirman Sena (MNS) had issued a statement asking people to boycott SRK’s Dilwale as the actor “ignored the plight of farmers reeling under severe drought“. The statement also included that SRK is taking Maharashtra for granted and that SRK is not contributing to stop the suicide of poor farmers in Maharashtra.

With too much of negativity and hatred for both the films, we wait what magic the films creates at the Box Office.[/tps_footer]