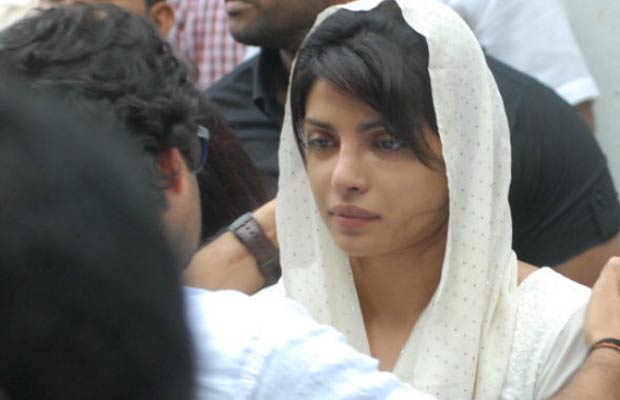 [tps_footer]Showbiz is not an easy place to survive. Many Bollywood celebrities have taken resort to unethical means to sustain in the industry. The glamour world comes with its set of negativities. Apart from the money and fame, the package also comes with depression and anxiety issues.

Television actress Pratyusha Banerjee’s suicide has yet again opened up a harsh reality of the tinsel town. The industry is shocked to the core and it is a matter of concern altogether. Pratyusha’s drastic step has revealed that many stars go through depression and emotional turmoil.

The shocking revelation states that mind blowing actress Priyanka Chopra had also tried to end her life twice or thrice during her struggling days. Priyanka is currently one of the highest paid actresses of the tinsel town, but the gorgeous actress also was into an emotional turmoil during her early days in the industry according to ex-manager Prakash Jaju.

Additionally, Priyanka Chopra and her ex-manager are not in good terms with each other but the manager took to the microblogging site Twitter and stated, “PC may look very strong now but she was also very vulnerable in struggling days, tried to commit suicide 2-3 times but i managed to stop her.”

Prakash Jaju also stated intrinsic details about Priyanka Chopra’s affair with Aseem Merchant and tweeted, “PC was very close to Aseem merchant’s mother, her death in 2002 shattered her so much that she tried to jump off karan apt to commit suicide.”

The ex-manager further posted, “2 … i reached at nick of time & caught hold of her & tied her to a chair till grills were fixed in all the windows of the flat.” 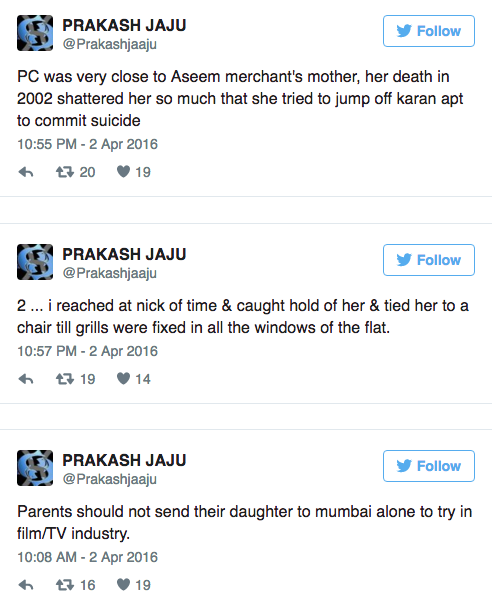 Well, currently Priyanka Chopra is kissing success with each passing project. Not only is the starlet gaining laurels for her Bollywood films but she has also managed to carve a great fan following on the global front.[/tps_footer]