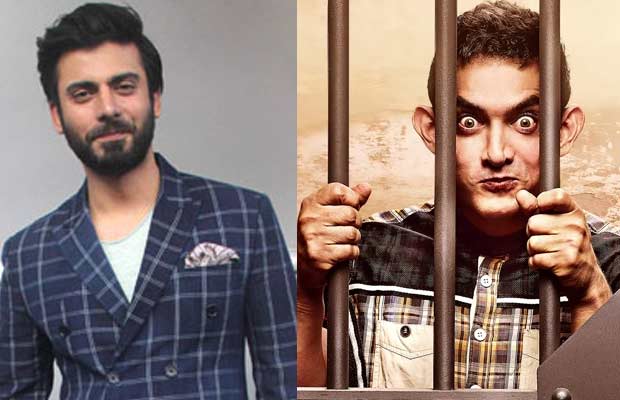 [tps_footer]What would you do if you had the opportunity to work with Mr. Perfectionist, Aamir Khan?? Well, who would say no to work with such an amazing and dedicated actor and at the same time there will be a few who may lack the courage of working with such a powerhouse performer. It’s Aamir Khan we are talking about, he’s not just an ordinary actor who lives and work only for stardom, but an actor who always stays true to his art and has immense respect for every actor, performer and human on this planet.

How difficult it will be for an actor to refuse to work with Rajkumar Hirani who has done blockbuster movies like 1942: A Love Story, Kareeb, Mission Kashmir, Munna Bhai MBBS, Parineeta, Lage Raho Munna Bhai, Eklavya: The Royal Guard, 3 Idiots, Ferrari Ki Sawaari, PK and his latest critically acclaimed and box office hit Saala Khadoos. But there is one actor, who is known to have the deadly combo of killer looks and awesome acting skills. It shouldn’t be too hard to guess. It’s Fawad Khan, who refused to do P.K, hmm.. Wondering, why ??? We are here to tell you.

During an interview, Fawad revealed why he couldn’t be part of PK and how difficult it was for him to let go this opportunity and see it slipping away from his hands. An opportunity anyone would dream to happen in reality and get a movie in their kitty which has all the potential to be a super hit, highest grosser of the year and at the same time be critically acclaimed. But here is what Fawad has to say about turning down PK, “When I was approached by the filmmaker, I completely lost my mind because I got such a good opportunity. But unfortunately I could not commit as I had already given my commitment to Kapoor & Sons. I only let any opportunities go when I am aware of all the aspects, but I regret it when I have to leave an opportunity due to commitment issues, which is in the case of ‘PK‘.”

Fawad was approached to play the role of a Pakistani guy who falls in love with Anushka Sharma‘s character, which was later played by Sushant Singh Rajput. It was a good choice to ask Fawad to be part of this project as he is a Pakistani hunk in reality and he would have easily nailed this character on screen. But even his no kissing policy could have been the reason for him to turn down this offer but the real reason is Kapoor and Sons. Good to see such dedicated performers who stick to their prior commitments instead of jumping for new opportunities.

Initially, after knowing that Fawad turned down PK, we thought he must have been approached to play Aamir Khan‘s character, but then Fawad would have melted the silver screen and television screen by posing only with the transistor.. Haha.. Let’s get back to the story. We wish Fawad all the best for all his projects and never mind if you missed out this opportunity, the kind of human and artist you are Fawad Khan, success won’t stay away from you too long. We wish you more success ![/tps_footer]