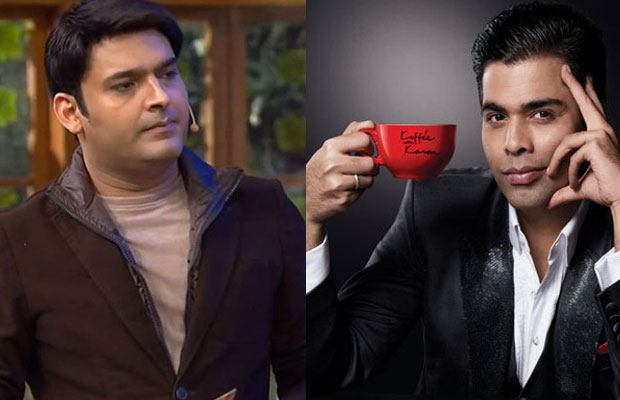 Karan Johar’s Koffee With Karan has been making headlines every now and then. Many controversial statements have been made. The most recent one was that of Kangana Ranaut when she came on the show to promote her film Rangoon.

On the show she took a dig at Karan by calling him a flag-bearer of nepotism. But now, the show is in news for another reason.

Karan Johar is known for grilling his guests on the couch based on his “conjectures”. This time at the receiving end was the famous television comedian, Kapil Sharma.

During the episode, Karan put Kapil in a fix when Karan asked him about his habit of tweeting between 4 am to 5 am. He basically asked Kapil what’s with this habit of tweeting in the wee hours of sunrise. Remember his infamous tweet about BMC official asking for a bribe which has now snowballed into legal battle?

Said a source, “Karan asked him how come he took to Twitter so early in the morning? Didn’t he have a girlfriend with whom he could spend the time instead? Kapil was embarrassed and didn’t know what to say. He told Karan he is not comfortable answering such questions. He also commented that he himself never asks such things to his guests when they come on his show. Also, since Kapil is not very fluent in English, he would have been fearing how it would be interpreted.”

Recently at an award show, Kapil was co- hosting the show with Karan. But then he called Shah Rukh Khan on stage to co- host a segment with him and made fun of Karan and was asked to leave the stage in an allegedly disrespectful manner. This irked Karan.

This could also be the reason for their cold war. Reportedly, for now the episode has been dropped.

Also Watch: Karan Johar’s REACTION When Asked On Having An Affair With Shah Rukh Khan!