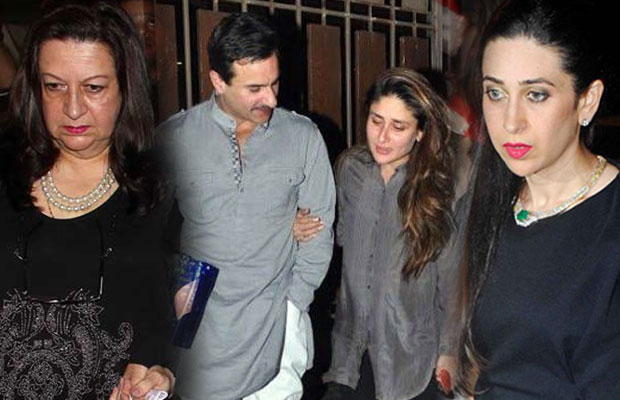 Kareena Kapoor is riding high on her career right now. The actress is happily married to the Nawab of Pataudi, Saif Ali Khan and is expecting her first child soon. However, things weren’t as hunky dory in the past as they are now.

A few years back, Kareena Kapoor fell in love with the Nawab and moved in with him which made the couple fall further in love. The couple was so much so smitten that they couldn’t spend any time apart and decided to get married as soon as possible.

Kareena became the begum of the ‘Chote Nawab’ and became a queen in the real sense, in spite of ruling hearts of millions due to her acting and good looks…

However, we have just come across a news that will shock you guys as much as it did us!

Apparently, Kareena’s mother Babita Kapoor and sister Karisma Kapoor weren’t too happy with Kareena’s decision to move in with Saif.

Recently, Karisma said that “It was for me too, to some extent. Our family is slightly conservative but then we accepted that this was Bebo: all heart and all sentiment. Besides, she has this incredible ability to always know what is right for her. She is led by emotion and instinct but, touch wood, her decisions have always proved to be positive and wise.’’

Well, this has shocked us too!

However, all’s well that ends well. The couple is all set to be proud parents of their expected child. Also Kareena is doing extremely well on the professional front and will be seen next in Veere Di Shaadi.