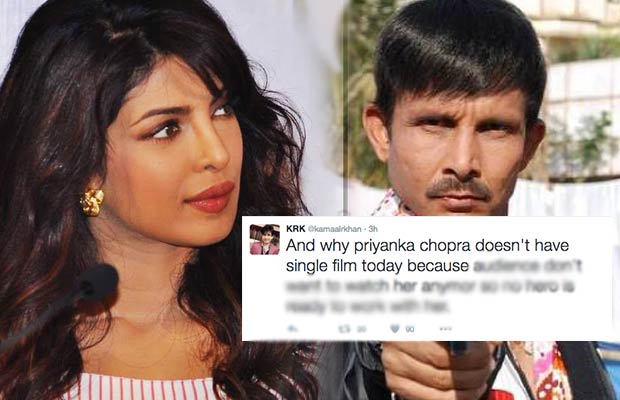 [tps_footer]Kamaal R Khan aka KRK, who is known for his unwanted comments and defamatory remarks against Bollywood actors, has struck again and this time, he has targeted none other than Priyanka Chopra. KRK who is infamous for his ridiculous comments has made some cheap remarks on Priyanka Chopra.

Each and everyone is proud of Priyanka Chopra as her name has been featured in Time magazine’s 100 Most Influential People in the World list. Not only that, the biggest achievement is that her name has featured in top 100 alongside Oscar-winner Leonardo DiCaprio, Facebook founder and CEO Mark Zuckerberg, and singer Nicki Minaj, among others. Apart from Priyanka, other Indians who have featured are tennis ace Sania Mirza, Google’s Indian-American chief executive Sundar Pichai, and Reserve Bank of India Governor Raghuram Rajan.

Well, it’s a really big achievement and proud moment for the actress. In fact, Twitterati and Bollywood celebs were filled with wishes for Priyanka. 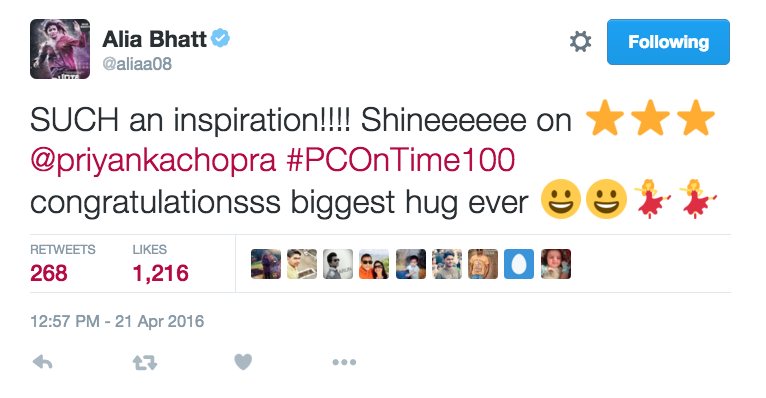 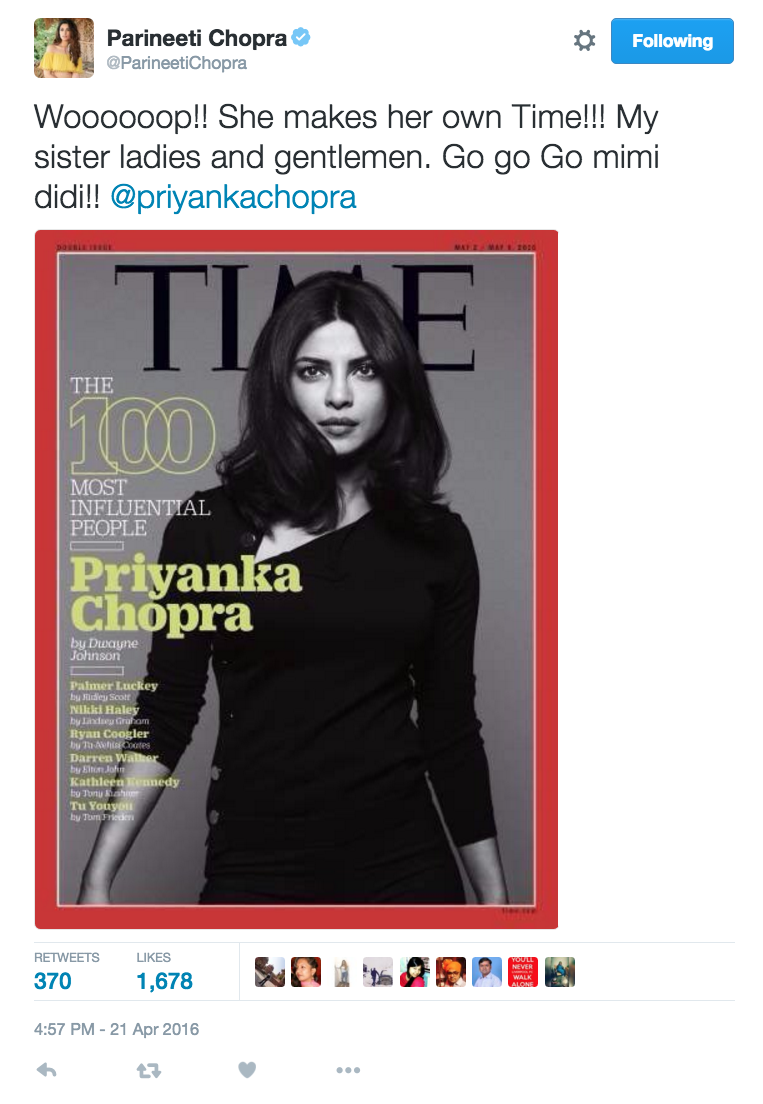 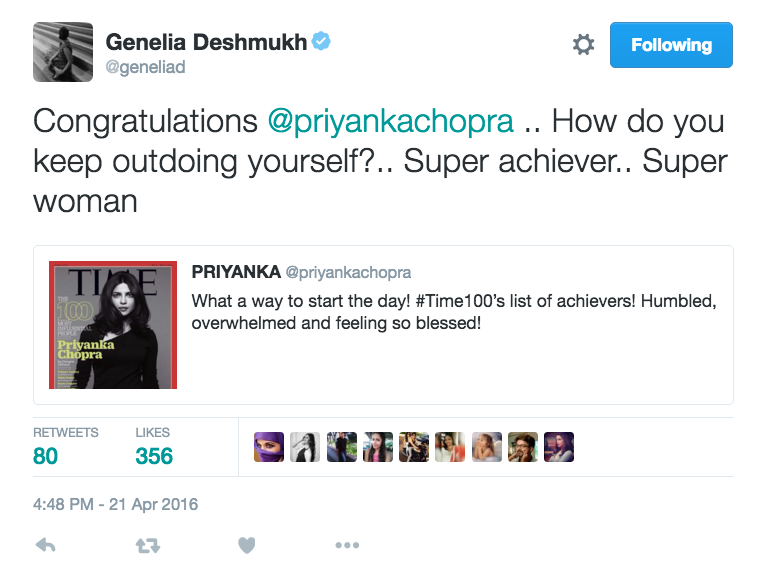 But KRK’s comment on the same is very crass and cheap and is really not appreciated. Well, nobody can definitely stand KRK and this is not for the first time that he has targeted Priyanka Chopra on social media. Earlier too, he has made some nasty comments on the actress that had left everyone in shock.

Here’s what he has tweeted in the series of his tweets about Priyanka‘s Hollywood appearance and much more. 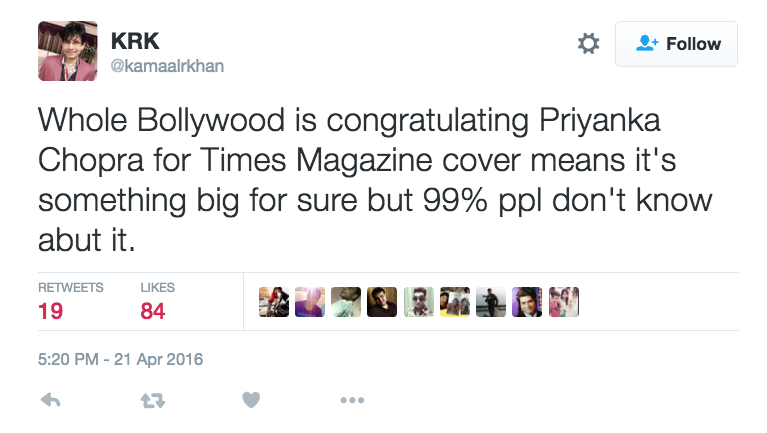 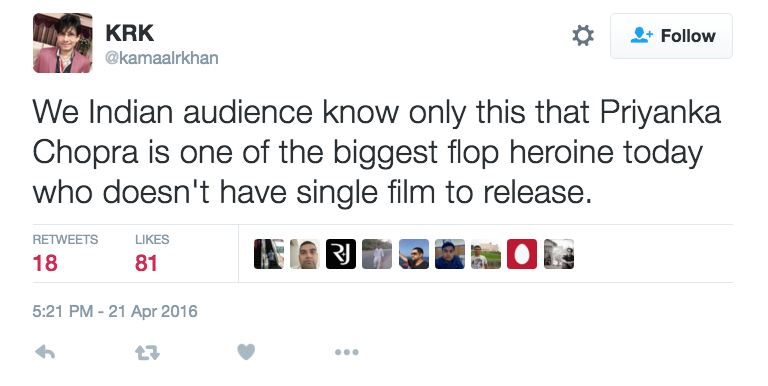 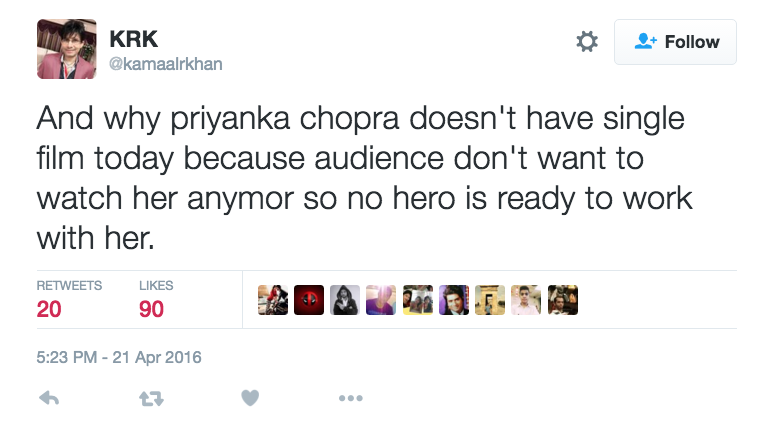 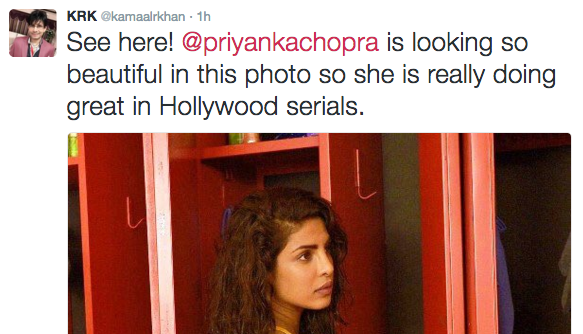