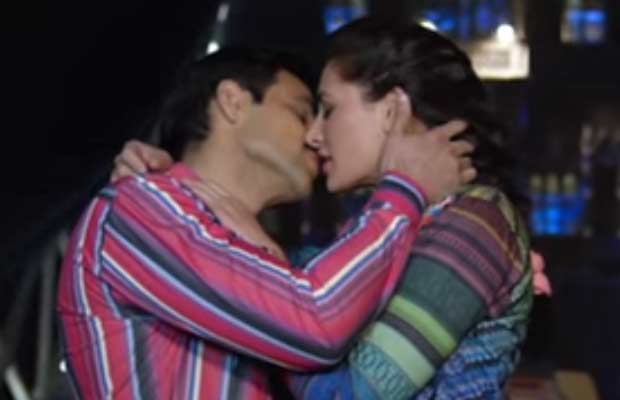 [tps_footer]Emraan Hashmi is playing former cricketer and captain Mohammad Azharuddin in his next movie Azhar. Along with Emraan, Prachi Desai will also be part of this movie and she will play the character of Azhar’s first wife Naureen in the flick and Nargis Fakhri will play glamorous girlfriend and second wife Sangeeta Bijlani. Yes, dono haath mein laddu for Emraan ! But, Nargis was offended with multiple kissing scenes. Although she is a bindaas diva and when you are working in an Emraan Hashmi movie what will you expect other than hundreds of kissing scenes and melodious songs ? That’s the trademark of his movies.

But, Nargis didn’t feel good about kissing Emraan Hashmi. She didn’t agree with so many kissing scenes and unfortunately Emraan Hashmi’s fake moustache was making their kissing scenes look unreal and difficult to perform so there were plenty of retakes which made Nargis Fakhri say this, “I had to kiss that boy like five times and I was gonna start charging extra because I was like ‘Hell no, This ain’t in my contract.’ I know he was happy about it although he acted like ‘Omg. I didn’t really know this was going to happen.’ Liar. He loved it.”

The actress went further on and revealed that though the scene looks real in the film, it was a lot tougher to shoot them. She said, “There’s one really nice scene on the two level bus. Although it will look nice but deep down inside, we were both freezing our bu**s off because it was kind of cold.”

We can’t deny those gorgeous looks of Nargis Fakhri and the way she carries herself, any guy will fall for her. After Azhar, we will see Nargis as a Dj in her next movie Banjo along with Riteish Deshmukh who will be the rockstar drummer in this flick. It was reported that Nargis collapsed on the sets of Azhar while shooting a song but now she’s fine and doing good. Since Nargis is playing the character of actress and beauty queen Sangeeta Bijlani we will see Nargis Fakhri performing on the hit song Oye Oye from the movie Tridev. We are expecting a lot from this movie as Azhar’s life has been full of highs, lows, match fixing controversy, two marriages, extra marital affair, a ban on his career and so much more. Good luck for ‘Azhar’ !