Bollywood superstar Salman Khan just celebrated his 51st birthday two weeks ago and a picture of his fake voter ID has now gone viral on the Internet.

According to the picture that has gone viral, Salman Khan is 64 years old! Shocked? see the picture here. 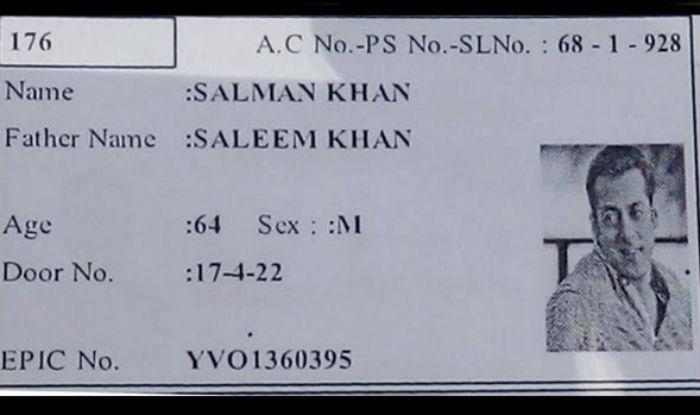 The Greater Hyderabad Municipal Corporation (GHMC) elections are all set to take place and it seems as a faulty case with a placement of someone else’s picture on someone else’s voter id card. The fake voter id card is going viral on social media and internet is going crazy over it. It also has Salman’s picture on it and his fathers name Saleem Khan printed on it. His elector’s photo Identity Card (EPIC) No. was YVO 1360395. Not just that, they have also mentioned that he is 64 years old.

Well, we wonder how Salman Khan would react on this.