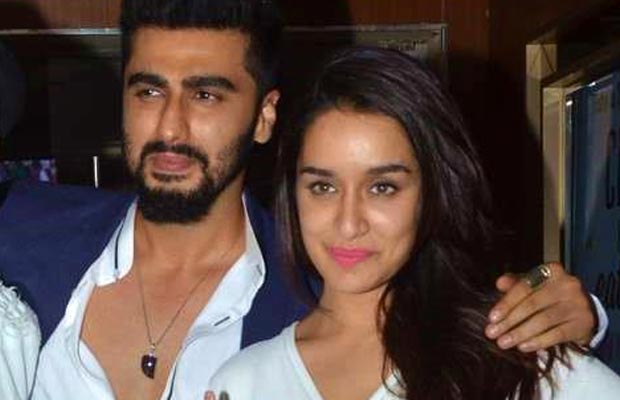 [tps_footer]Film ‘Half Girlfriend’ since its announcement is dealing with casting issues. The movie has been in limelight not for its concept and plot but for its innumerable speculations about its cast. From Sushant Singh Rajput to Shahid Kapoor to Kriti Sanon almost every tinsel town celeb has been in news for bagging the role in ‘Half Girlfriend’.

Finally, reports claim that actors Arjun Kapoor and Shraddha Kapoor will be seen in the film ‘Half Girlfriend’. The film which is an adaption of Chetan Bhagat’s novel of the same name is a love story. Speculations suggest that Arjun Kapoor has already started preparing for the role. The handsome hunk Arjun is said to have confirmed his presence in the film already but no official announcement is yet made.

If all goes in the right direction Arjun Kapoor will play the main lead in the romantic film ‘Half Girlfriend’. Coming to the leading lady of the film, Shraddha Kapoor is being roped in opposite Arjun to play the female lead.

Arjun Kapoor previously also starred in the film ‘2 States’ which was an adaption of the novel of the same name.  Shraddha Kapoor surely loves her stars of the year 2016 as she has not only allegedly bagged the film ‘Half Girlfriend’ but is also finalized for the Hindi remake of ‘Ok Kanmani’.

Kapoor and Arjun Kapoor will share screen space with each other for the first time and their on screen pairing will surely be pleasant surprise. Currently, Arjun  is busy with his upcoming film ‘Ki and Ka’ opposite Kareena Kapoor Khan whereas Shraddha Kapoor is tied up with ‘Rock On 2′ with Farhan Akhtar.

It is assumed that the shooting of the film ‘Half Girlfriend’ which will be directed by Mohit Suri will start once Arjun and Shraddha are free from their respective films which is probably in the month of February.[/tps_footer]