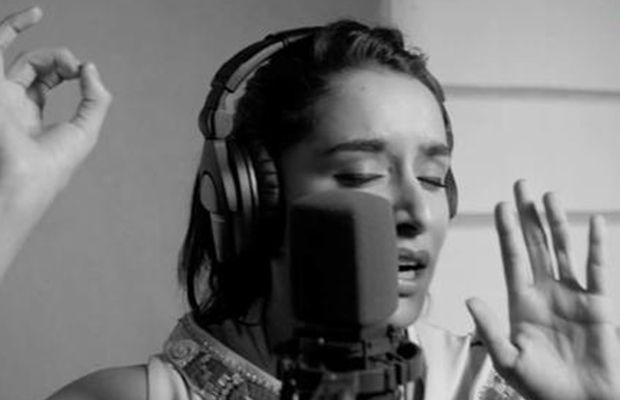 [tps_footer]Shraddha Kapoor has established herself has an actress in Bollywood but is also known for her singing. The actress first crooned ‘Teri Galiyan’ for ‘Ek Villain’ . Later, she sang ‘Bezubaan Phir se’  for ‘ABCD 2’ and ‘Do Jahan’ for ‘Haider’. Shraddha will also be singing in her upcoming movie ‘Rock On 2’ as well.

Now, it is said that Shraddha Kapoor is gearing up to lend her voice for a song in ‘Baaghi’. A report in a daily suggests that the actress will be recording the song in couple of days and is composed by Meet Bros. The song titled ‘Cham Cham’ was earlier composed for Ekta Kapoor for one of her projects but couldn’t be used as the film is on hold. So, Ekta has generously given away the rights for the song.

The song is said to have two versions of it and one of it will be sung by Shraddha. The spokesperson of Meet Bros confirmed that Shraddha is all set to sing the song as they consider her a fabulous singer and it will also add up to her screen appeal.

Directed by Sabbir Khan, Shraddha Kapoor is starring opposite Tiger Shroff for the first time. However, not much has been revealed about the plot of the movie. Sajid Nadiadwala, who produced Tiger’s first film, has kept tight security so that Tiger’s different look in the movie does not get leaked. But, it is reported that the actor will be essaying the role of a rebel, who goes to any extent for his love.

According to the pictures from the sets of the film, there will be a rain sequence and a lot of action packed scenes. Tiger has been training hard and has been taking stunt lessons. The film is slated to release on April 29, 2016.[/tps_footer]