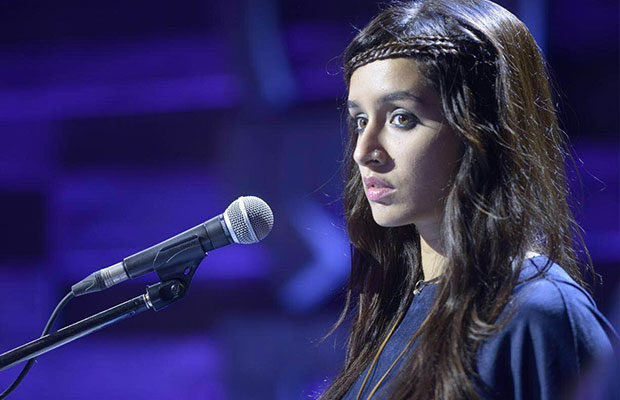 The much loved Shraddha Kapoor stirred a fan frenzy as she set foot on a flight to Mumbai from Shillong, along with co-star Farhan Akhtar and the Rock On!! 2 team.

Love and cheers galored for the young actress from her kid fans who were aboard the flight.

Shraddha‘s popularity has no age barrier, with the light eyed actress having charmed different sections of the masses with her multiple skills and beauty.

The actress who made her debut song with Teri Galliyan in Ek Villain is now singing in Rock On!! 2, a musical extravaganza.

Shraddha who was in Shillong on 21st October, performing at the NH7 Weekender received tremendous response for her jig.

While on her way back, the actress had a brief encounter with the kids while on her commute to Mumbai.

The kids were extremely thrilled on seeing Shraddha and flocked in numbers to greet the actress.

Shraddha greeted her young fans with hugs and kind words, in addition to signing a barrage of autographs.

After enthralling her fans with a Live concert in Shillong, the actress won hearts while in flight.

The actress will next be seen in Excel Entertainment’s Rock On!! 2, directed by Sujaat Saudagar. The film is all set to release on November 11th,2016.