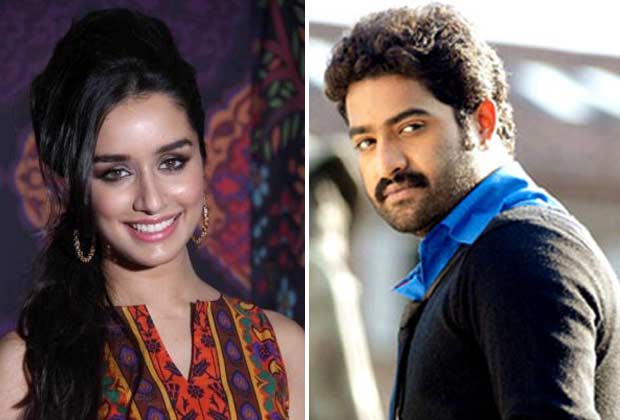 [tps_footer]Bollywood actress Shraddha Kapoor has apparently been approached for a role in Telugu flick starring actor NTR Jr. The actress has yet not made debut in Telugu industry and doing a movie with popular actor like NTR would have been beneficial for Shraddha. However according to the latest buzz, it seems like Shraddha Kapoor has herself made it difficult to be roped in for the movie as the actress is demanding very high remuneration.

Apparently Shraddha Kapoor has asked for a remuneration of Rs. 3.5 crores which is too high for South Indian movies for an actress. The highest fees are paid to actresses like Anushka Shetty and Nayantara who have given hits after hits. Director Kortala Siva couldn’t negotiate with Shraddha as the actress was adamant about her fees demand. Earlier it was being said that Bollywood actress Parineeti Chopra would be approached, but instead Shraddha Kapoor was approached and has now rejected the offer.

Current talks suggest that either Samantha or Shruti Haasan will be roped in for the film titled Janatha Garage. Apparently there will be two lead actresses but nothing has been decided yet. The film will be directed by Kortala Siva who is currently riding high on the success of his recent film ‘Srimanthudu’ starring Mahesh Babu. Devi Sri Prasad has been roped in for the music of the film. NTR Jr. is currently working on his 25th film ‘Nanako Prematho’ starring actress Rakul Preet Singh.

Shraddha Kapoor has given hits like Aashiqui 2 and ABCD 2 along with films that did well like Ek Tha Villain. The actress is currently shooting for the much anticipated movie Rock On!! 2 along with Farhan Akhtar, Arjun Rampal and rest of the cast. Well surely Shraddha isn’t ready to compromise no matter which industry she is being approached by![/tps_footer]