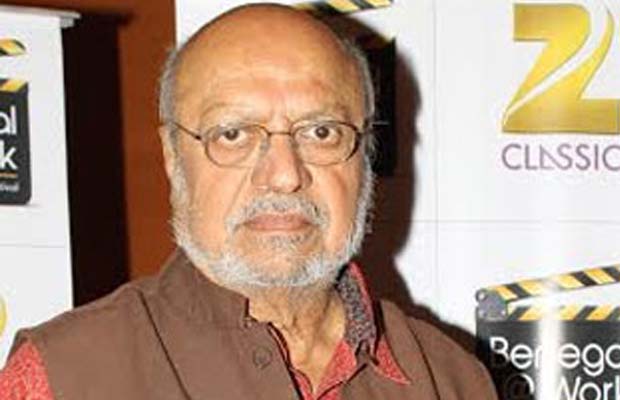 [tps_footer]Bollywood director Shyam Benegal has been approached by the CBFC to head a newly formed panel in order to revamp the Censor Board. After a year filled with controversies and backlashes from filmmakers as well as the social media, Censor Board has finally decided that it is time to make some changes for a better functioning of the censor board, and to maintain more transparency in its working. Shyam Benegal confirmed his part in the panel but further added that nothing more can be said about what the panel’s objectives are as of now.

According the official statement released, the panel has been formed “in sync with the vision” of Prime Minister Narendra Modi. The statement further read that the recommendations of this Committee are expected to provide a holistic framework and enable those tasked with the work of certification of films to discharge their responsibilities keeping in view this framework. Filmmaker Rakeysh Omprakash Mehra, adman Piyush Pandey, film critic Bhawana Somaaya, NFDC MD Nina Lath Gupta and Joint Secretary (Films) Sanjay Murthy together form the committee headed by Shyam Benegal.

Shyam Benegal stated, “I got a call from Ministry that they were creating a committee to look into the matters of film certification and wanted me to be a member. I said yes.” He further added that he will get to know the details on Monday and does not want to comment on what has happened. According to Benegal, nothing can be achieved by applying a pair of scissors to a film as that won’t solve the problem. The committee will look into whether the guidelines followed by Censor Board are adequate or they need a re-look.

The announcement came soon after Information & Broadcasting Minister Arun Jaitley telling stated that it is high time to have a re-look at the functioning of Censor Board as he would like the Certification Board to be “controversy- free”. The framework formed by the panel will ease the work of people certifying the films as they will have flexible guidelines to look up to. Also the transparency needed to make it user friendly will increase if certain unnecessary restrictions are removed.[/tps_footer]