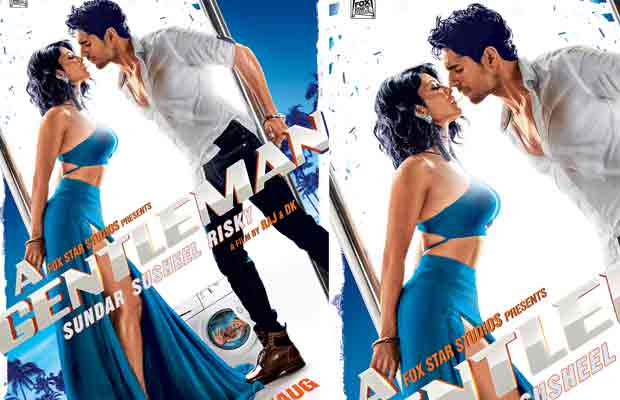 Sidharth Malhotra And Jacqueline Fernandez’ A Gentleman – Sundar, Susheel, Risky has been creating buzz ever since the trailer launch.

The film starring Sidharth Malhotra and Jacqueline Fernandez in the lead is all set to emerge as a hit.

A Gentleman has created immense anticipation amongst the audiences with its back to back chartbusters.

The film has already earned Rs. 30 cr. via satellite, music and digital media. The film’s COP & P&A stands for Rs. 50 cr. So, Break even Worldwide Box office is 40 crore only!

Vijay Singh, CEO of Fox Star Studios, says, “Right from the day we launched the trailer of A Gentleman – Sundar, Susheel, Risky – the anticipation for this film is only going up! The movie has shaped up very well and the film is in a very good place given the controlled cost of production and fantastic satellite and music rights values. We are confident that the film will be loved by audiences especially the youth, and as a studio, we are thrilled with our home grew slate post Neerja, Dhoni and Jolly LLB2.”

The trailer of the film and the lovely songs have received a great response and have got everyone eager to witness the action comedy.