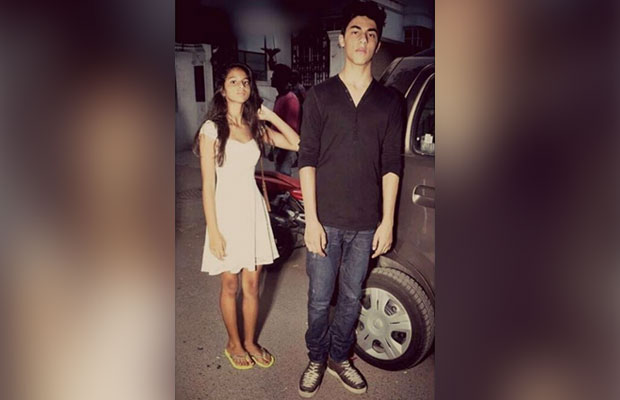 Not only Shah Rukh Khan, his kids Aryan, Suhana, and AbRam have a huge fan following and are already stars. Anything related to any of these three comes out, it doesn’t take a time to become viral. They trio are star kids and are never spared from media and fan attention.

Well, a very cute picture of Aryan and Suhana is going viral on the social media. In the pic, both of them are looking at the camera but seems like they aren’t aware that they are being clicked. Aryan looks handsome and Suhana looks equally pretty. The sibling bond between the two is cute and admiring.

SRK is very protective about his children and he thinks they are very much exposed to the social world; especially AbRam. He is even told not to post too many pictures of his toddler on his social media. Well, yet, somehow fans manage to capture a glimpse of his kids. The FAN actor is so obsessed with his munchkin that he took him along to Europe where he is shooting for Imtiaz Ali’s tentatively titled, The Ring.

On the professional front, SRK has a cameo in Karan Johar’s Ae Dil Hai Mushkil. It is releasing on October 28. King Khan will next be seen in Gauri Shinde’s Dear Zindagi, starring Alia Bhatt in the lead role. Dear Zindagi will hit the theatre screens on November 25.