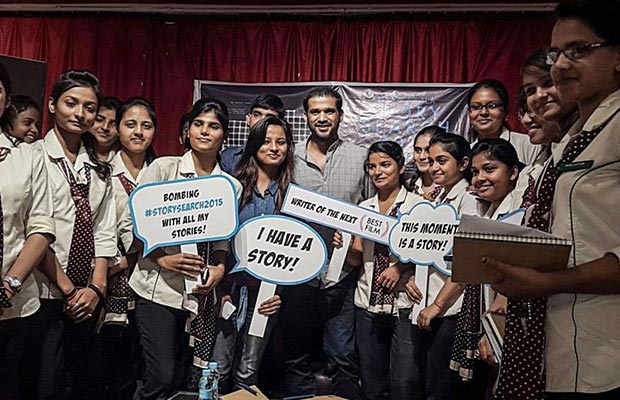 [tps_footer]Actor-producer Sohum Shah of Ship of Theseus fame is travelling to colleges across India – including Delhi University , Aligarh Muslim University , Banaras Hindu University -as part of Story Search 2015, which he initiated through his company Recyclewala Films.

Having kick-started this story hunt on October 14, he will culminate it on November 21 with visits to colleges in his hometown, Jaipur. His idea of encouraging larger participation and focusing on stories, not screenplays, was appreciated by many film industry professionals and even aspiring writers.This online initiative has received a huge number of entries.

Sohum, who was last seen in Meghna Gulzar‘s much acclaimed box-office hit Talvar, says it was great meeting young minds and hearing their stories, a lot of which were autobiographical. He elaborates, “I was hooked listening to them because they were authentic. I also asked young students what kind of stories would they like to see on screen and their responses were interesting. They want to watch movies across genres and are seeking out something new.“ He was also thrilled after many of them praised Ship Of Theseus, which he had produced.

Submissions for Story Search 2015 close in the next two days.Participants are required to write their story ideas in 5-10 pages and submit on http:www.recyclewalafilms.com [/tps_footer]