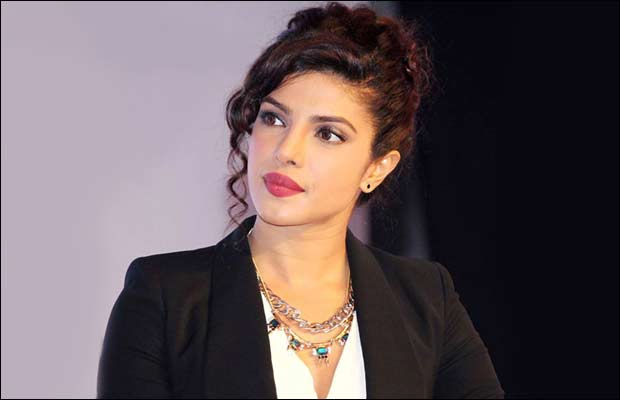 Bollywood actress Priyanka Chopra who has ventured successfully into Hollywood showbiz is said to have found love in LA. According to DNA, the beautiful actress has apparently been seeing a person from Los Angeles, whose whereabouts are unknown till now. So much so that it is being said that PeeCee is getting quite serious with this man, and intends to settle down with him in LA. While it all sounds too good to be true, we would like to know more about this mystery person the actress has been seeing!

Since her alleged breakup with actor Shahid Kapoor, Priyanka Chopra has done nothing but make good moves career wise in acting as well as in music. The actress who has become world famous through her American TV show ‘Quantico’ has been shush about her personal life till now. But now reports suggest that Priyanka has found her special someone in LA as she is growing familiar with the place after spending lot of time there. It is also being said that the relationship is stable and pretty serious with a possible wedding involved. But that might just be a shot in the dark!

During her past in the Bollywood industry, the actress has been linked with Shahid Kapoor, Harman Baweja and her controversial relationship with Aseem Merchant. Priyanka Chopra has definitely left all of them behind and moved on with her life as she is juggling between Bollywood and Hollywood. Amidst her busy life full of hassle, the actress has found time to find a special person in LA that we are eager to know about.

Priyanka Chopra only recently finished up her part of shoot in the film ‘Bajirao Mastani’ starring Deepika Padukone and Ranveer Singh. Earlier it was revealed that she might not make it for the promotional events of the film due to her Hollywood commitments. Surely Priyanka is making everyone proud by representing India globally, and the moment we know about this mystery guy, we will surely be happy for the actress!