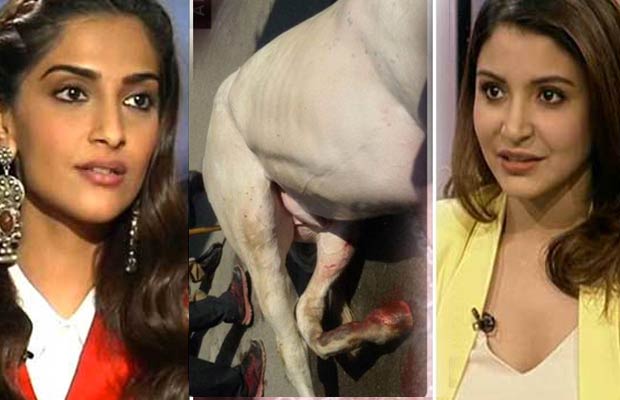 [tps_footer]Actresses Anushka Sharma, Sonam Kapoor and Sunny Leone have raised their voice against the horse being beaten up during a protest. The incident took place at a protest held by BJP against Uttarakhand CM Harish Rawat, wherein a police horse was beaten up. The issue has received loads of criticism and is also taken up by various activists who are against animal cruelty. The horse was present at the place of protest in order to control the uproar, but was instead beaten up.

The video released shows how brutally the horse was beaten up by certain officials. The footage made its way to the social media in no time and the issue received all sorts of views and opinions. Tinsel town beauties Anushka, Sonam and Sunny also took to the micro blogging site Twitter and voiced their views regarding the incident.

The Sultan actress tweeted a series of tweets saying, “1-Couldn’t even c dvideo.It is shameful tat v live in a country where a VOICELESS animal is attacked by a beast in broad daylight.ppl watch.” 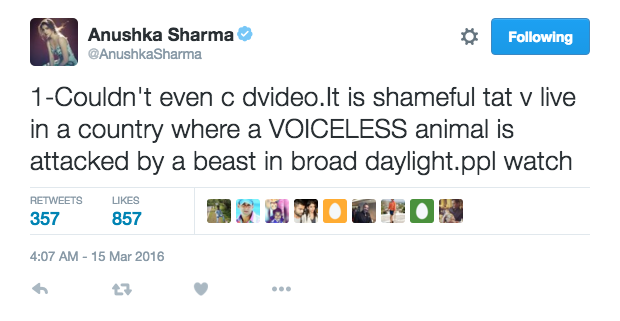 “2-That beast shld be punished appropriately.we cannt give up till justice is served.this is brutal using ur power over a harmless animal?” 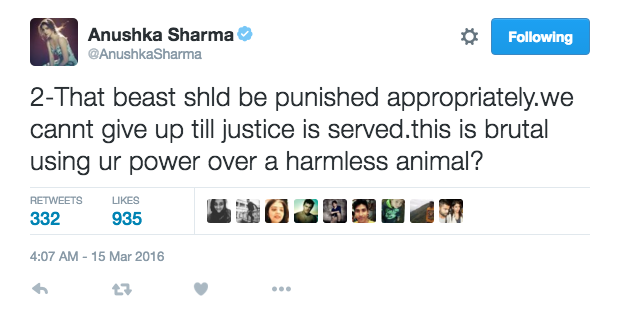 “& pls dnt say -“but wht abt ppl dying?”God didn’t put U on dis planet wid a voice&intellect if U cnt use it to make it a better place.” 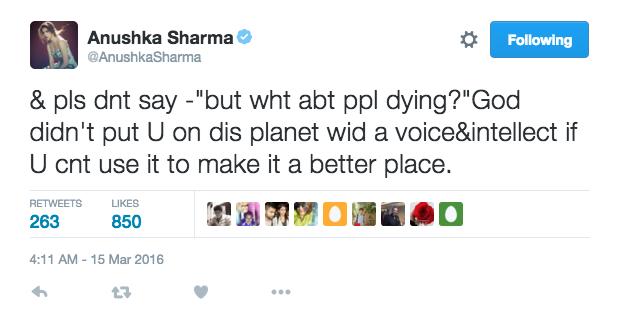 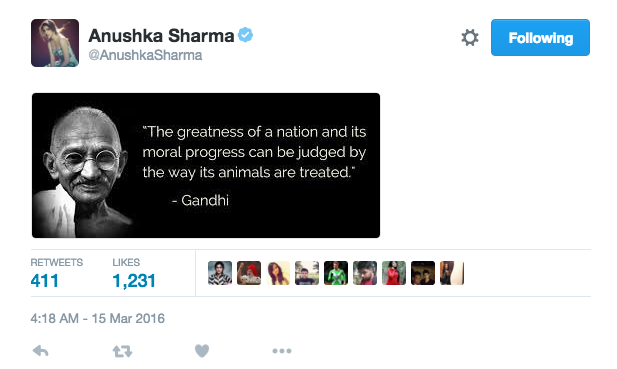 Neerja actress Sonam who is always strong headed when it comes to giving her fearless opinions tweeted, “this is disgusting inhumane behaviour @harishrawatcmuk I hope you deal with this man!” 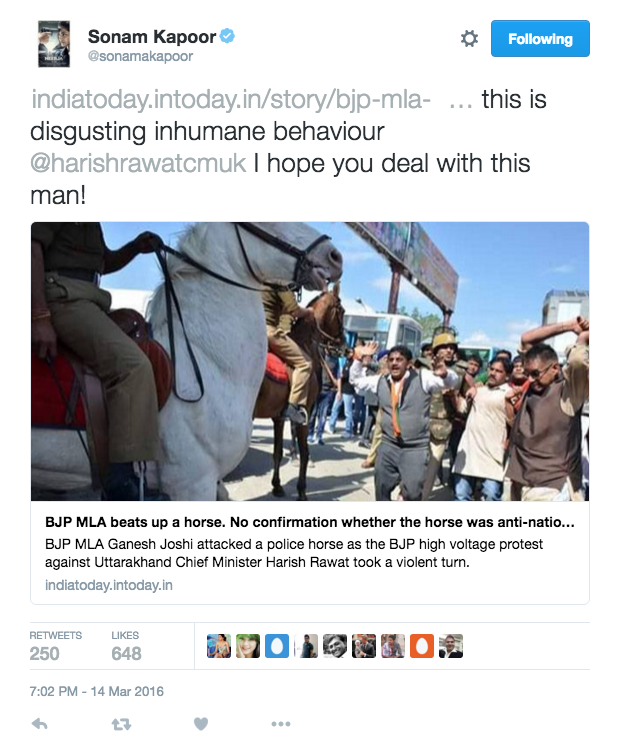 Sunny Leone posted, “There’s something seriously wrong w/people who think beating a innocent animal is ok.heart goes out 2that horse who did nothing wrong2humans.” 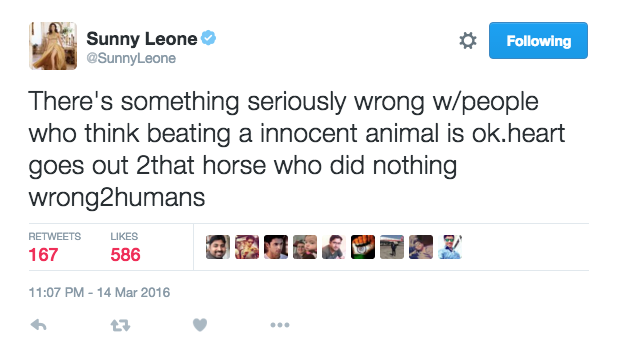 Other than these Bollywood beauties, veteran actor Rishi Kapoor also posted saying, “Appropriate action should be taken against that MLA for doing this. Appalled to see this act of barbarism. Shameful!”. 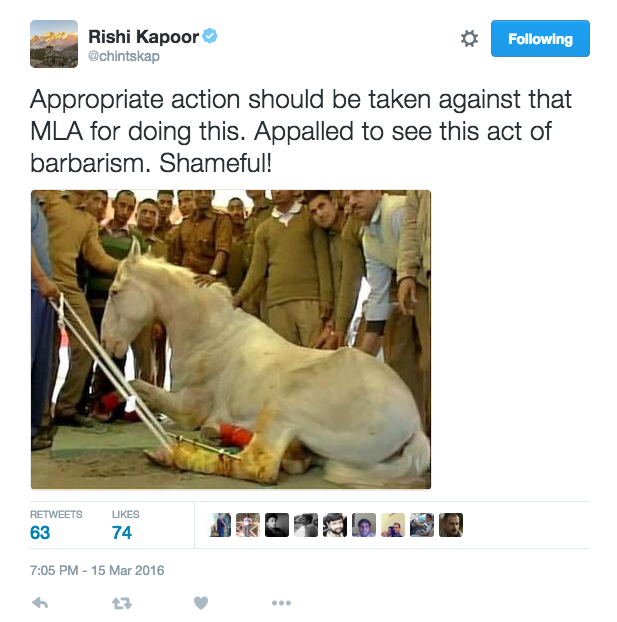 Not only the stars but many people have raised concern over the issue of animal cruelty after this incident.[/tps_footer]