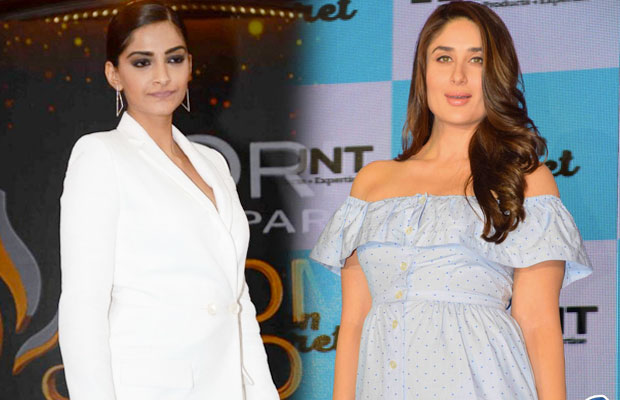 The gorgeous actress Sonam Kapoor recently revealed that her sister Rhea Kapoor and she are really disappointed and are not getting the kind of finance they were expecting for their movie “Veree Di Wedding“. The reason she mentioned was that it’s the society and their mindset that has always shown bias towards gender and other such factors in general which isn’t a good sight.

Recently in another interview with a leading magazine, the actress made another revelation for the delay of the movie. The reason was that they couldn’t get any kind of pregnancy insurance for actress Kareena Kapoor Khan who is expecting her first baby.

Sonam further added saying, “That was the original plan, but we couldn’t get insurance for Kareena. India is the only country in the world that doesn’t insure pregnant women.” She further added, “We start taping in April and the film follows four girls who are at different stages of their love lives.”

Kareena Kapoor Khan, on the other hand, is all set to welcome her baby in December with husband Saif Ali Khan.

Well, we hope that all these issues are solved for the movie and we wish Kareena all the best for her first baby!