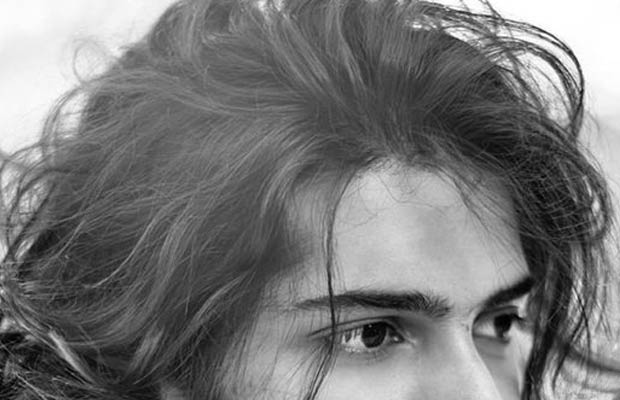 [tps_footer]Sonam Kapoor’s brother Harshvardhan Kapoor is all set to take his first steps in the tinsel town. The star kid will soon make his debut with the film ‘Mirzya’. Doting sister Sonam Kapoor who is flying high with her back to back successful films is also on cloud nine for her brother’s debut. The Neerja actress who is very active on social networking sites took to the micro blogging site Twitter to unveil Harshvardhan’s first look from the film. 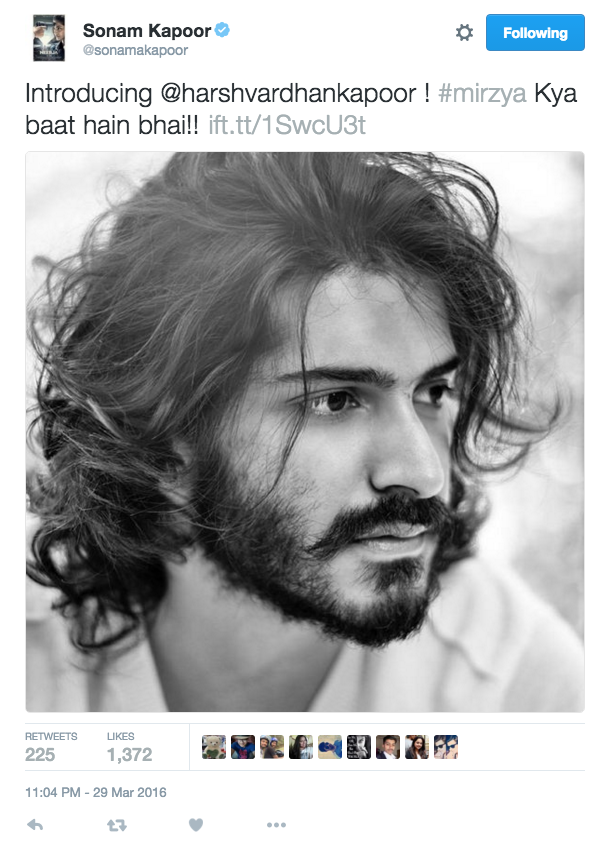 Harshvardhan Kapoor is looking all focused in his ‘Mirzya’ look. The star kid who is ready to step into showbiz is appearing calm and content. Now whether he is able to craft a name for himself with his debut film or no only time will tell.

Not only did the Prem Ratan Dhan Payo actress praise the new entrant, handsome hunk Hrithik Roshan also seems to be quite impressed by the Kapoor lad.  The Bang Bang actor tweeted a picture of the debutante saying, “This much calm on the outside means there is a storm inside. #waitingtoexplode meet @HarshKapoor_.” 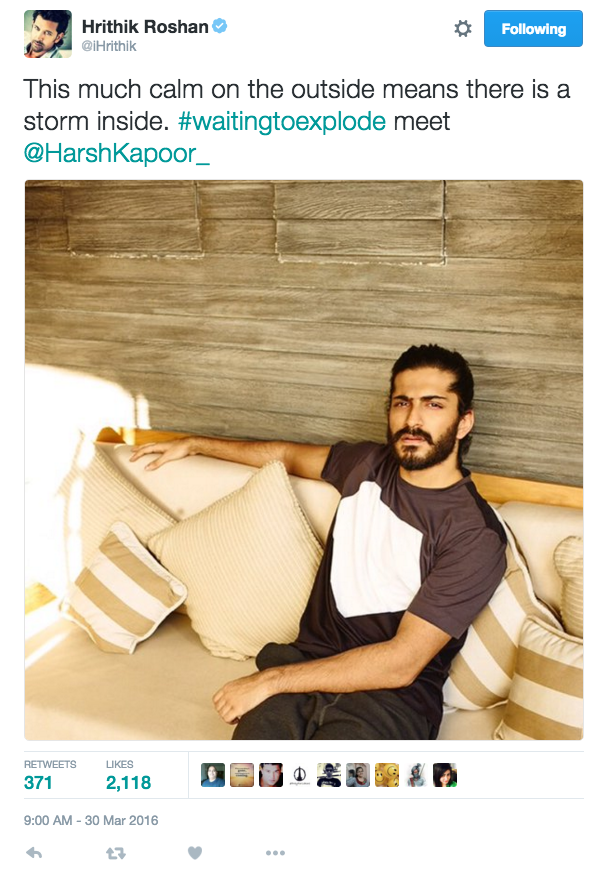 The film ‘Mirzya’ is directed by Rakeysh Omprakash Mehra who is credited with films like ‘Rang De Basanti’. The first glimpse of the film was out way back and was mysterious to the core. The movie ‘Mirzya’ is a love saga set in the backdrop of Rajasthan.

‘Mirzya’ is scheduled to hit the screens on October 7th 2016.[/tps_footer]