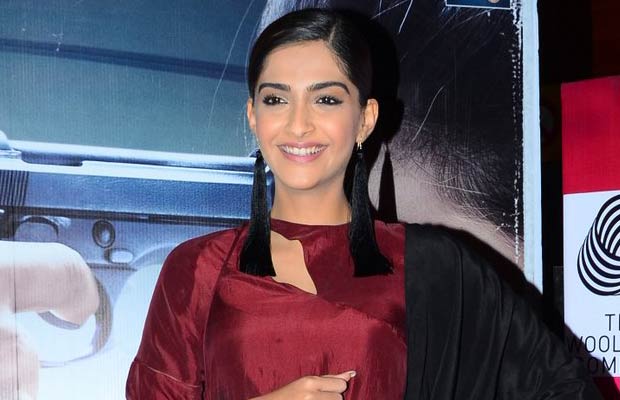 [tps_footer]This happens to every actor once in a while. Even after giving back to back hits and powerful performances, next movie is never guaranteed. Right, now it’s Sonam Kapoor who is extremely bothered and upset about the fact that she has given a big critically acclaimed and commercially successful movie like Neerja, and she still she has no new offers for movies.

Sonam’s performance in Neerja was loved and appreciated so much that some of her fans even wanted Sonam Kapoor to get a National Award for it. And, recently when her upcoming projects were asked in an interview, she said, “No, I haven’t signed anything and it’s stressing me out that I haven’t.” God !! That is stressing us out too. Why Sonam is not having a single movie in her kitty, post Neerja ??? It’s shocking and annoying at the same time. We all would love to see Sonam Kapoor playing some really good and strong roles in future projects too.

Other than Neerja, it was Prem Ratan Dhan Payo starring Salman Khan, Neil Nitin Mukesh and much more, where we got to see Sonam romancing Salman Khan and this movie did a good business but, it was not as successful as Neerja worked out for Sonam Kapoor. Now, even we will have to wait and watch for her next movie. And, sooner or later we will get to see Sonam on the silver screen. Cinema runs in the veins of Kapoors, how long she won’t bag a movie !![/tps_footer]