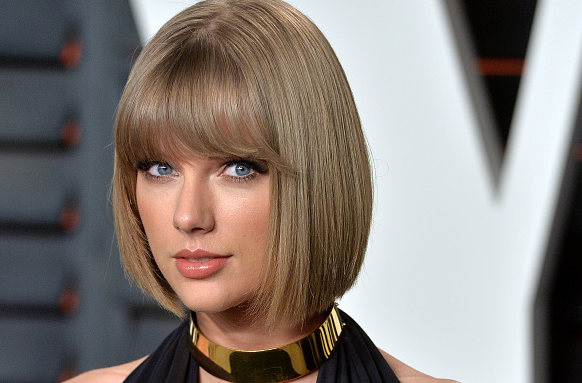 [tps_footer]Taylor Swift has stormed the music industry with her endless successful songs and albums. She has won ten Grammy Awards, one Emmy Award, 22 Billboard Music Awards, 11 Country Music Association Awards, eight Academy of Country Music Awards, and one Brit Award. She is one of the best-selling artists of all time, having sold more than 40 million albums— including 27.1 million in the U.S.— and 130 million single downloads. She is UNSTOPPABLE !!!

And now we are more than happy to know that Taylor has won “Best Tour” award for her record-breaking The 1989 World Tour. Mind it ! This is the new category of award introduced this year and the first receiver of this award is Taylor Swift. And, not just this she is also nominated for awesome, seven other categories including “Female Artist of the Year,”Song of the Year” and “Album of the Year.”

This is going to be the third annual award show for iHeartRadio Music, and it will be organized at ‘The Forum’ in Los Angeles. Be ready to watch all your favorite singers, songwriters, and performers to sizzle the stage and television screens as this event will include Zayn Malik, Chris Brown, DNCE, Fetty Wap, Demi Lovato, Justin Bieber, Meghan Trainor,Iggy Azalea, G-Eazy, Bebe Rexha.