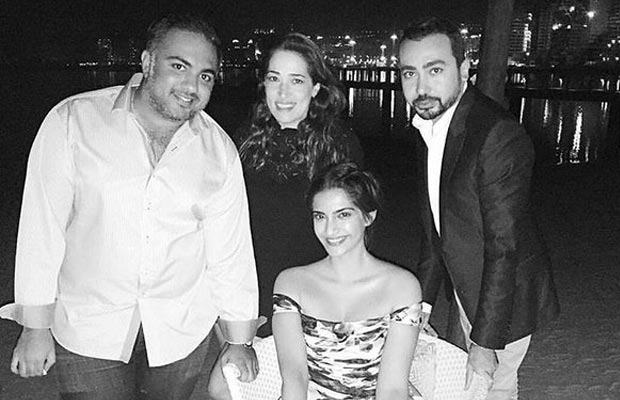 [tps_footer]Sonam Kapoor is undoubtedly on cloud nine after the success of her recent film ‘Prem Ratan Dhan Payo’. The film starring Salman Khan along with Sonam has created a new record at the box office by all means. Well, after the steady hard work and tedious schedules Sonam is stressing it out by holidaying. The actress who has suddenly become a synonym for princess is on a chilling holiday with close friends and acquaintances.

The amazing star Sonam Kapoor who earlier bearded the brunt of the critics, has suddenly risen over the same and is creating a mark for herself in the tinsel town. After being labeled as the fashion icon, the talent bundle is proving that she is not behind when it comes to acting and on screen presence. The actress recently took to the photo sharing app Instagram and shared a picture of her holiday in Dubai. The style icon posted, “ Holiday mode!! Thank you @ashistudio for a lovely night! #friends #dubai #beach #party #imadeashipose!!!” 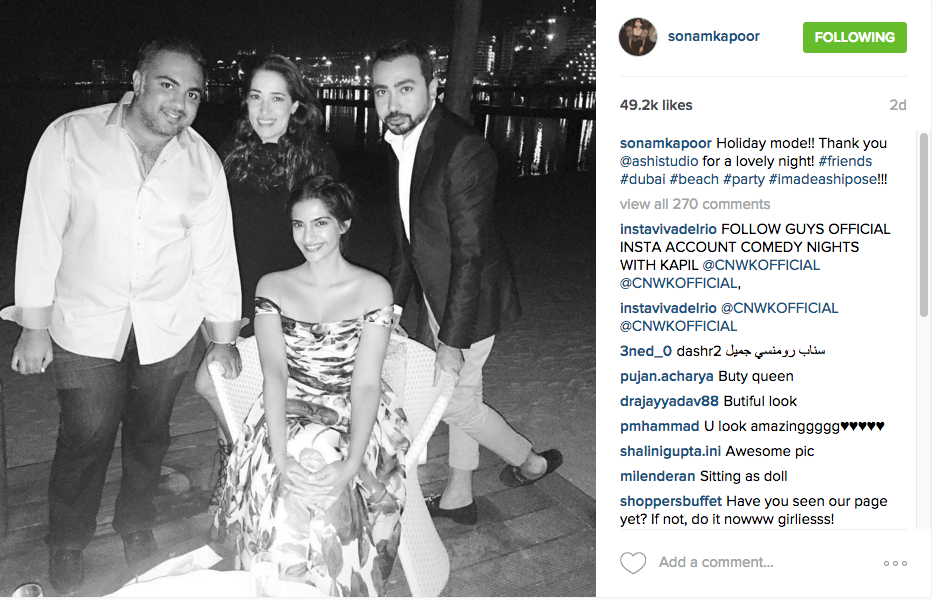 The girl surely has all the right to let her hair down after a tedious work schedule. In the picture Sonam is seen all decked up in a floral off shoulder dress. The lovely looking diva is looking splendid by all means. Sonam Kapoor has fixed a blockbuster feather on her career hat with the immense success of the film ‘Prem Ratan Dhan Payo’. The actress is again on the go to compete with other Bollywood beauties. The competition is now going to get all the more tough it seems for the B-town divas.

Directed by Sooraj Barjatya, Sonam Kapoor and Salman Khan starrer film ‘Prem Ratan Dhan Payo’ is a family entertainer embedded in a love story. The film has already hit the screens and is witnessing great success.