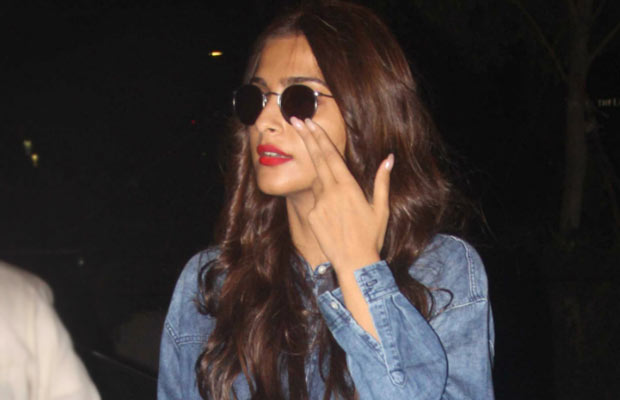 [tps_footer]Sonam Kapoor the Fashion Diva of Bollywood seems to be missing her travelling life. The actress shared two pictures from her previous getaways on her Instagram. And believe it or not its hot! 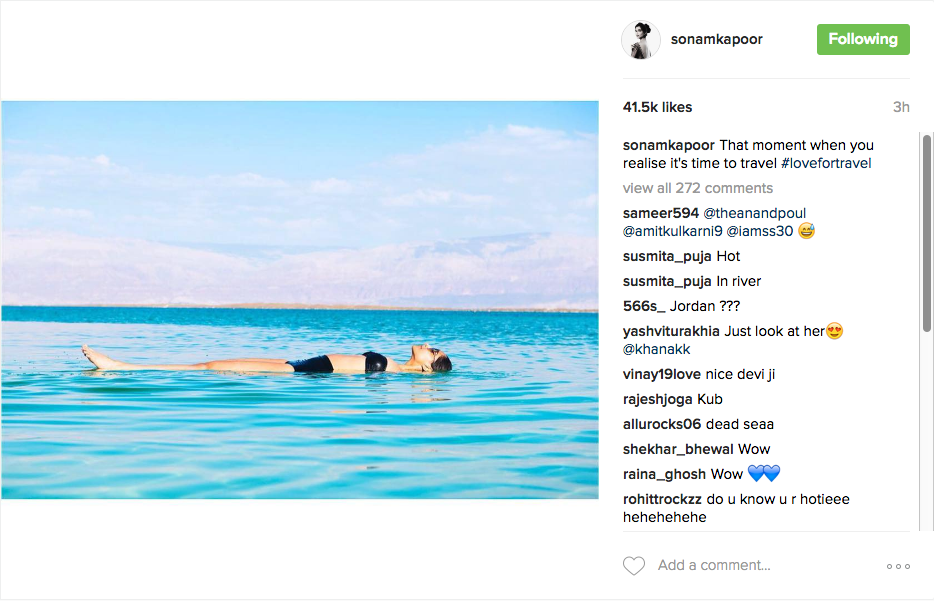 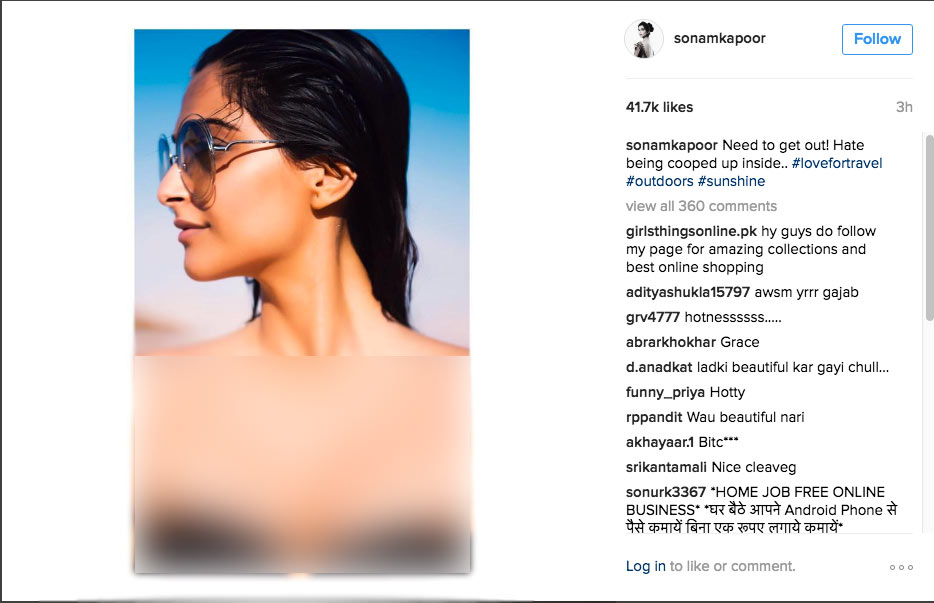 By looking at the two pictures we can guess Sonam Kapoor loves travelling as she is missing the moments from her earlier travel life, she wishes to travel soon but presently she is stuck up in her shoot life. We know how busy Sonam Kapoor is as she shoots for the film Veer Di Wedding and Battle For Bittora.

No questions can be raised as this chic looks hot in black. As she lies down in the water she sets fire in the water. The mesmerizing location, the blue sea and Sonam Kapoor in the middle of the horizon with her with her bikini on is the Sexiest Pic Of The Day.

Sonam Kapoor has adorned the bikini attire for the first time in the film Bewakoofiyaan which starred Ayushmaan Khurrana opposite her. That time Sonam stunned everyone with her bikini body. That pink bikini enhanced the look of Sonam in the film.

We hope Sonam gets a chance from her busy schedule to travel out and rejuvenate herself, and then we will get to see more of her amazing pictures. You too are waiting for it right?