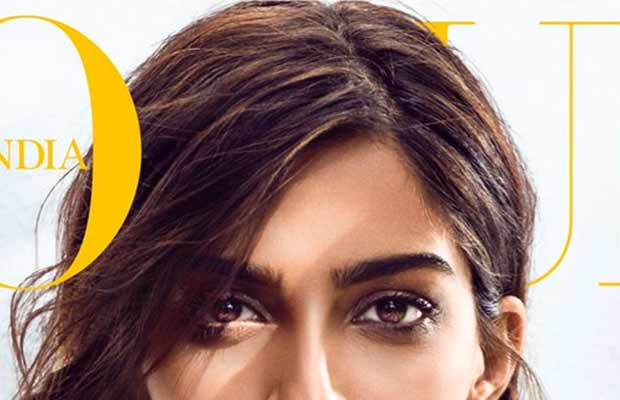 Real style is never right or wrong. It’s a matter of being yourself on purpose.” — G. Bruce Boyer pic.twitter.com/BCCFIEUpJt

We have seen her slay the Cannes Red Carpet for ages now. She’s a fashion icon and now, a National Award Winner. It’s the second time in Vogue’s 10-year history that Sonam Kapoor leads the way for their annual style list.

For the recent National Award winner, fashion and film have always gone hand in hand. In an interview with the popular VOGUE magazine, she spoke about her love for Russian and Middle Eastern couture and why she will never reveal her favourite vintage stores.Few can argue with the fact that Sonam Kapoor is unequivocally comfortable in her own skin.

Industry insiders will tell you that the one thing the Kapoor family has in spades is complete self-assurance. So when it came to critics who dismissed her as a “fashion plate” and predicted that her success would last only till the red carpet, the National Film Award she received for Neerja is a testament to her self-belief.

”Films without fashion and fashion without films don’t work,” she says about this now-exhausting debate, naming her style icons—Audrey Hepburn, Grace Kelly and Cate Blanchett—all serious actors and fashion favourites. ”Both are visual mediums. It’s not only about dialogue and acting; I should appeal to the audience,” Kapoor says, citing the example of Neerja (2016), where a uniform defined her character. Even for Aisha (2010), Khoobsurat (2014) and Delhi-6 (2009), fashion played an important role, pushing her to embrace her character’s state of mind.

Not surprisingly, she has immense respect for the role of a costume designer, previously dismissed as the Darzi on film sets.

Sonam belongs to the social media generation and is a strong believer in the power of the image. It’s the stylist who adds the layers a character needs, taking into account the political and social context of the time, she explains. Looking back at how fashion in films has evolved, you’d be forgiven if you thought of the previous decades as a bit of a fail, but not for Kapoor.

For her, Sridevi’s chiffon sari in Mr India (1987) was a fashion breakthrough, as was Madhuri Dixit’s look in Tezaab (1988).

”It’s just about how you wear it, and that’s all that matters,” she says.

”Fashion and style are about who you are as a person; you need to be individualistic,” she says.

And Apte’s distinct personality, according to Kapoor, makes her very stylish, her other favourite being Kalki Koechlin. “Although,” Kapoor admits with a giggle,

”Nobody [can] love fashion as much as I do.”

check out her new avatar on the magazine’s cover :

What a trip working with you @signe_vilstrup being photographed by you makes me feel so darn sexy. Thanks for seeing me like this and showing me sensuality is a state of mind and not what you wear! Lovely working with you @georgiougabriel for the first time! Hope to work with you more often!

Styled by fashion editor and stylist, Anaita Shroff Adajania, Sonam Kapoor looks unrecognizable as the cover girl and is seen wearing a printed and collared ensemble with a denim jacket replete with gold studs on the collar and lapels along with a bird embroidery on either side.

As much as her look is astounding, delving closer, we are compelled to believe that this look has been airbrushed big time, rendering her unrecognisable. Looking like a distant cousin of the international actor, Kiera Knightley, natural good looks are Sonam Kapoor’s USP and she seems to have missed the beauty mark with this venture. A testimony to the same is her look from Cannes Diaries this year.

Slaying the global red carpet for the seventh time in a row, Sonam Kapoor greeted the world with a melange of looks, carefully curated by her sister and stylist, Rhea Kapoor. The Kapoor sisters always kick up a storm that’s nothing but spectacular. But this magazine cover of Sonam’s is what we will put under the ‘Photoshop Blunder’ category.