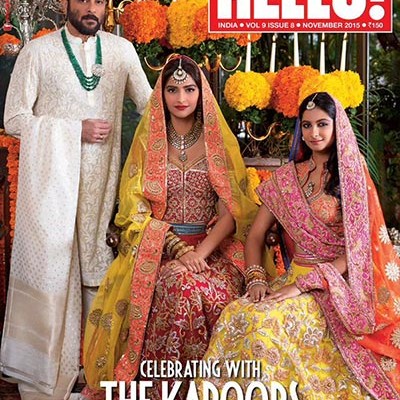 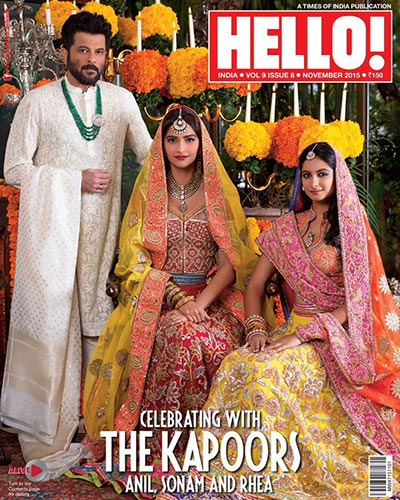 Sonam Kapoor who turns Indian princess for Sooraj Bhajartya’s Prem Ratan Dhan Payo, shot to fame ever since she made her big Bollywood debut. Even though the actress became a global fashion icon and a star overnight, she continues to remain grounded to her roots.

While she has always been Bollywood’s favorite girl-next-door, Sonam Kapoor, in real-life too is a complete family girl at heart. Working around the clock, on a choc-o-bloc schedule ,is second nature to the actress but so is spending quality time with her family.

While shooting for Prem Ratan Dhan Payo in Karjat, the actress would drive back post pack ups to visit her parents and would spend time with them over the weekend.

She even wrapped up her shoots early, so that she could be in Mumbai during the Ganesh Chaturthi season, to help her mother with all the arrangements.

The actress who grew up seeing fashion as a conduit to becoming a fairytale Cinderella , has always also been daddy’s princess. Sonam accompanied her father, superstar Anil Kapoor to San Fransico for the Make A Wish Foundation event, where they were also joined by Sunita Kapoor. Together, the three, spent time checking out the sights and dining at several popular restaurants.

Sonam also joined her father, while he was in LA for a commitment as they rented a house and spent quality time together.

The actress and her sister Rhea Kapoor, though completely different personalities are best friends. Apart from working together on their production house and their clothing line, Rheson, the two enjoy taking off to exotic locations for a much deserved break.

Quite recently, Rhea whisked Sonam away over the weekend to Goa, with their group of friends. The two also celebrated Sonam’s birthday in London earlier this year. Known for their astute sense of fashion, the sisters were also spotted on the front rows of several international fashion shows, including Giorgio Armani’s Prive show in Paris.

As the release of film Prem Ratan Dhan Payo is just around the corner, Sonam talks about how it was easy for her to slip into her character Maithali, thanks to the manner she was brought up.

Says Sonam, “It actually was easy for me to become a Rajshri heroine given the environment I’ve grown up in. We have a large family and we all really love each other. It is important for people to have that kind of love and support in today’s world. Our parents took the time to know us, embraced and nurtured that”.

The actress is joined by her father, superstar Anil Kapoor and sister Rhea Kapoor on the cover of this month’s festive issue of Hello! Dressed in a Abu Jani -Sandeep Khosla organza lehenga with Swarovski work, Sonam looks like an Indian dream as the magazine treats audiences to a slice of Kapoor’s lives.