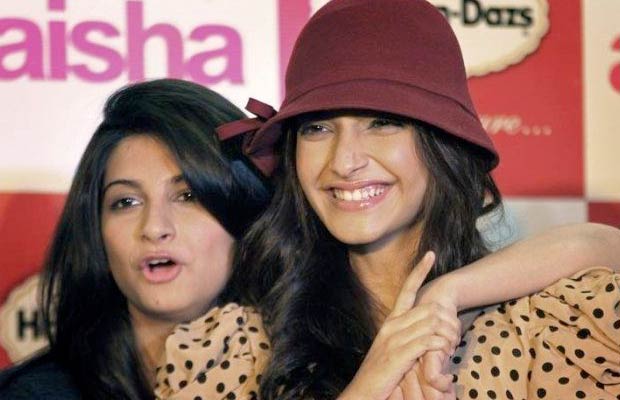 Rhea shared the picture with a caption, “MOOD #takemeanywhere”, which left many fans asking her whether it is Sonam Kapoor or her. The picture sees a girl floating on her back in the water and must say it has been captured brilliantly. Many reacted at the picture with negative comments, while some praised for the beautiful photography.

Well, the face of the girl is not clearly visible, so we are not sure if it’s Sonam Kapoor or her sister Rhea Kapoor. But looking at that curvaceous body, the picture seems to be of Sonam and rest guessing game we leave up to you!

At the age of 21, Rhea produced film Aisha that starred Sonam and Abhay Deol. She is a producer and stylist by profession for Sonam and also for father Anil Kapoor. Also, recently there were rumours that Rhea is getting married to her boyfriend Karan Boolani. However, Sonam Kapoor rubbished all the news by saying that her sister is still young to marry.[/tps_footer]