A lot has been said about the split between the best buddies viz. Ajay Devgn and Salman Khan. It all began after Salman signed Akshay Kumar for his co-production venture with Karan Johar and which also had the same plot as Ajay’s Sons Of Sardaar i.e. Battle Of Saragarhi.

But Salman Khan who arrived Jodhpur for the Blackbuck Poaching Case court hearing, post the trial today, paid a visit to Ajay on his film’s sets. But it is clear that it was just another rumor that was doing rounds. Baadshaho director Milan Luthria shared this beautiful picture on Twitter and said,

“Both the sultans on the sets of #BAADSHAHO @BeingSalmanKhan @ajaydevgn.” 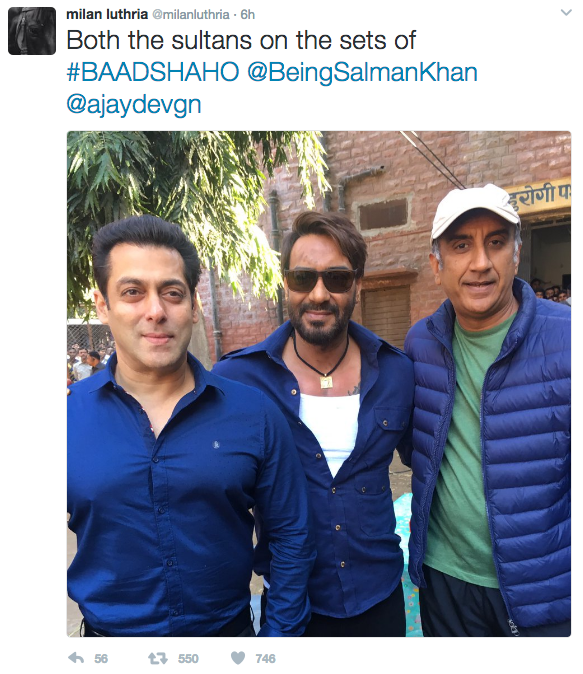 For those who are unaware, the friendship between the actors is more than two decades older. They have even acted together in films like Hum Dil De Chuke Sanam and London Dreams and have also done cameos for each other.

Well it seems as if both the actors have found a solution to the problem.