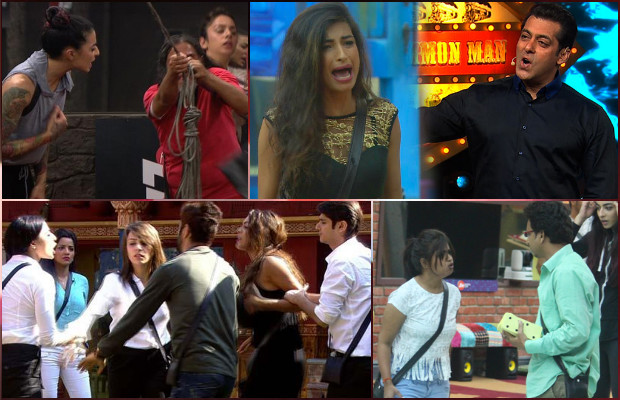 It is very well known to all that Bigg Boss is another name to controversies but this season of the controversial reality show was one of the unexpected seasons so far. In the span of three months, Bigg Boss 10 has witnessed numerous never happened fights for the first time in the history of the reality show. Well, being locked up for months without any connection to the outer world, this is bound to happen but the 10th season has been way too ugly.  Let’s take a look at the top controversies of Bigg Boss 10! 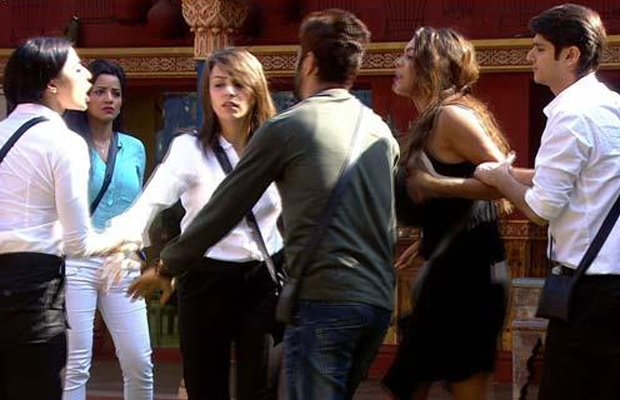 Lopamudra Raut-VJ Bani fight:  VJ Bani and Lopa have been rivals since day 1 of the show. The duo had numerous fights but things went ugly between the two girls during the call centre task. It all started when Lopa commented that Bani uses her mother as an emotional target to survive in the game. This did not go well with Bani and she went on to attack Lopa. The duo got into a physical fight like never before, which had left Salman Khan Upset too. 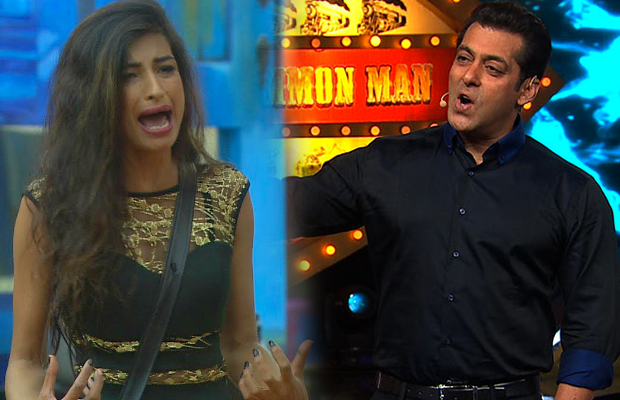 Salman Khan throws Priyanka Jagga out of show: Bigg Boss 10 contestants Om Swami and Priyanka Jagga’s extremely violent and malevolence behavior had disturbed the housemates. After Priyanka Jagga crossed all the lines and made a ridiculous comment on Manu Punjabi’s mother, Salman Khan had to throw her out of the house. Not just that, she even had guts to behave rudely with star host Salman Khan. 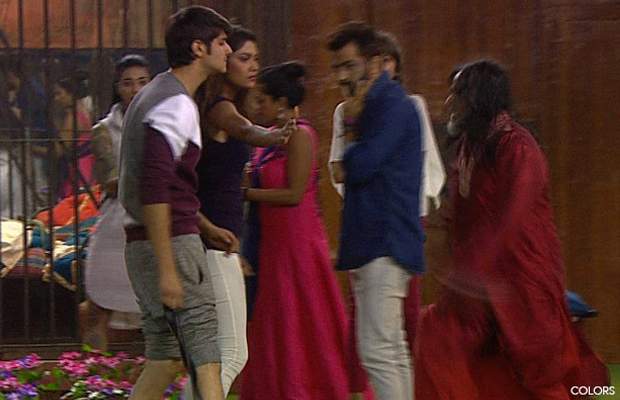 Rohan Mehra hits Om Swami: One of the biggest incidents was between Rohan Mehra and Om Swami. Their fight had shaken the house and as a punishment, Rohan was nominated for the entire season. Rohan Mehra had lost his patience after Om Swami created a nuisance in his captaincy task. Rohan in anger went ahead to hit Om Swami. While Om Swami is claimed that Rohan Mehra had slapped him, it is pretty much clear that Rohan just pushed him hard and did not slap. 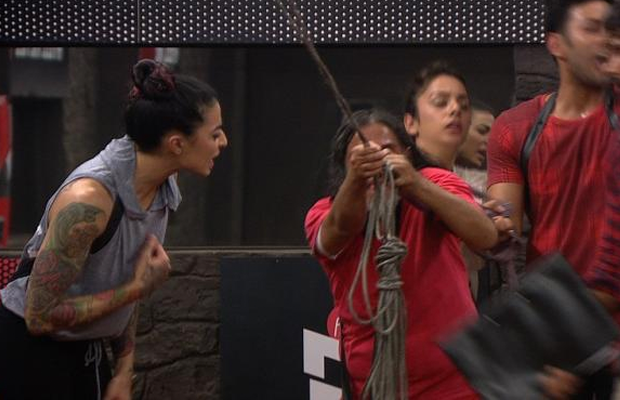 Om Swami comments on Bani’s mother: Bani is an undoubtedly strong contestant of the show but is emotional weak equally when it comes to her family and friends. Bani lost her temper after Om Swami inappropriately instigated her by saying that her mother will die if she will not support Priyanka Jagga to become the captain of the house. She storms out of the activity area where the housemates were playing the captaincy task and bangs the main door of the Bigg Boss 10 house in frustration. Almost choked up and about to cry, Bani bangs the main door of the house and keeps saying that she is in the house only because her best friend Gauahar Khan wanted her to be. 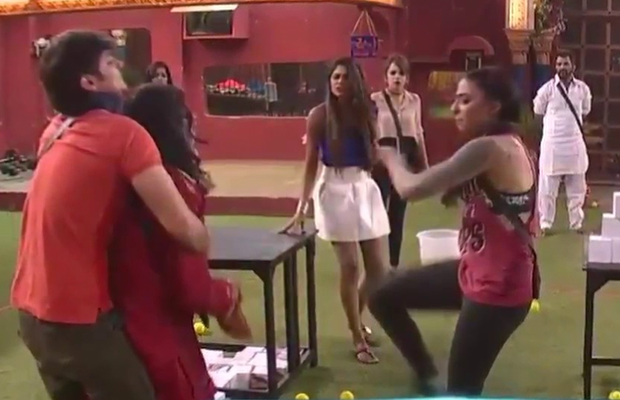 Om Swami throws pee on Bani and Rohan: Taking the lead to do most disgusting things in Bigg Boss 10 house, was none other than Om Swami. The self-proclaimed Godman had turned maniac and had done something beyond the limits. Om Swami had thrown his pee on VJ Bani and Rohan Mehra after knowing that he will lose the captaincy task. As the housemates were supporting VJ Bani in the captaincy task, angry Om Swami did this disgusting thing and once again, Rohan Mehra and Bani turned out to be his target. 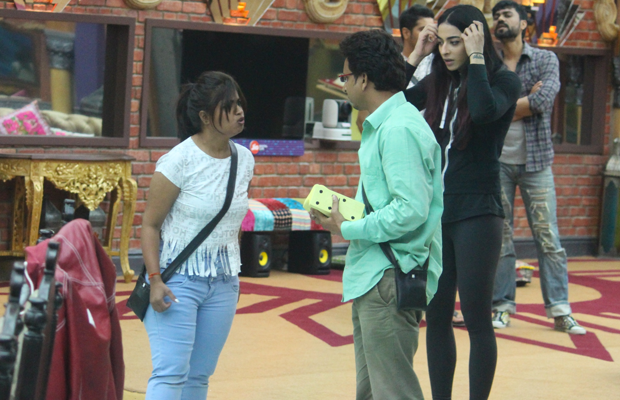 Lokesh- Navin fight during captaincy task: The innocent and everyone’s favorite Lokesh shocked everyone when she had an intense fight with Navin Prakash.  The two had to perform immunity task, but the game changed when Navin cheated with Lokesh by spoiling her task secretly. After knowing this, Lokesh slammed Navin in every way she could.  In fact, even Indiawale got into a heated argument with Navin for winning the task by cheating and fooling Lokesh. 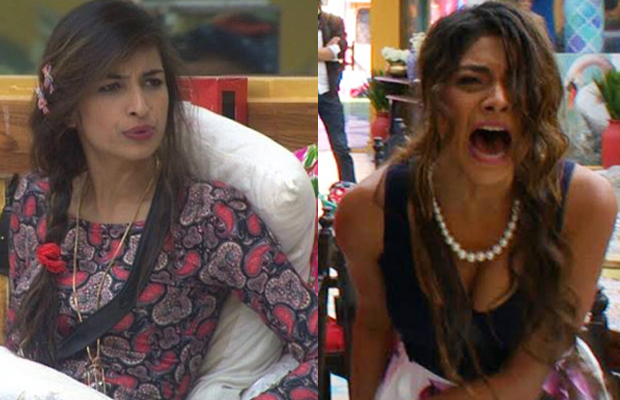 Lopamudra Raut-Priyanka Jagga fight: Lopa and Priyanka had worst fight ever in the house. The duo called each other sl*t and who*e, leaving housemates in a big shock. After exchanging the curse words, Lopa realized her mistake and broke down into tears when Bigg Boss called her in the confession room. She even requested Bigg Boss to not air the verbal fight of her with Priyanka. 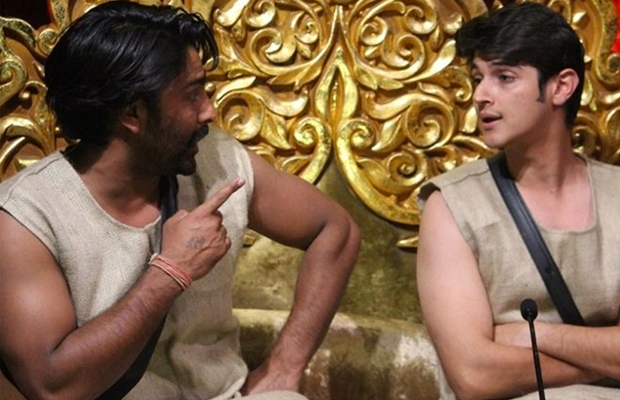 Manveer-Rohan ugly fight: During a task when the housemates were confiscated from using any basics things, Rohan got into a fight with Mona. Manveer then poked his nose and started arguing with Rohan Mehra. This created a nasty fight between the two. Manveer even got physical and said a lot of nasty things about Rohan. The fight went so intense that Bigg Boss had to intervene and stop them from making personal comments. 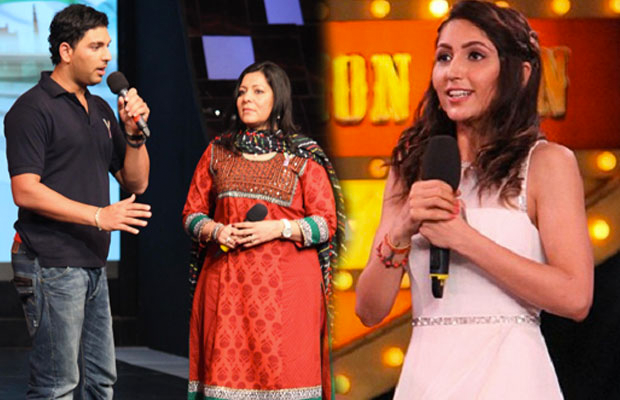 Akansha Sharma’s revelations to Gaurav about her mother-in-law: Akanksha Sharma, who was married to Yuvraj Singh’s brother claims that she was harassed by the family. During her stay inside the house, Akansha Sharma made a shocking revelation that her mother in law had accompanied them on honeymoon and mother-in-law pressurized her to get pregnant.