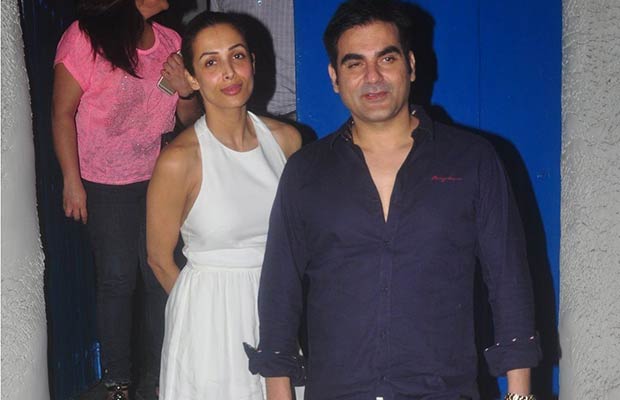 [tps_footer]It’s good to hear that Bollywood couple Malaika Arora Khan and Arbaaz Khan are back together after staying separately for months. Malaika and Arbaaz were living separately after they faced trouble in their marriage life. When problems had hit them, Malaika chose to move out of Arbaaz Khan’s house with their son. But it seems everything is fine between the couple and their marriage life is back on track again.

Looks like the couple has sorted out their differences as they were recently spotted together for a dinner at a restaurant in Bandra, Mumbai. Reportedly, their son Arhaan accompanied them. According to onlookers, the trio arrived together at the restaurant after 10pm and stayed there for an hour. After their dinner, Malaika and Arbaaz left hand in hand, which was quite surprising for many.

Malaika and Arbaaz Khan’s personal problems had got their marriage life on the verge to break but it seems everything is fine between the couple. In fact, Salman Khan’s family tried every bit to get things sorted between the couple but nothing worked out. Earlier this year, the couple issued a joint statement in which they admitted that they have separated and also clarified that they have taken a break from their marriage.

Apparently, Arbaaz’ failed career was the reason why Malaika was miffed with her husband. According to her, she was single-handedly taking care of their son while Arbaaz had no projects in hand. Well, all’s well that ends well! The two are together again with their blissful marriage life! The couple has been married for 17 years and also has a 13-year-old son, Arhaan. [/tps_footer]