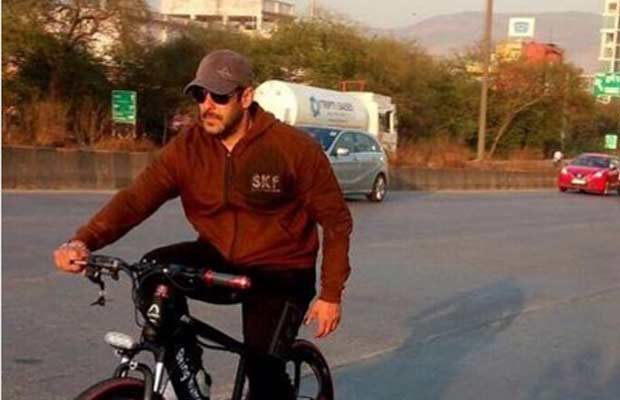 Bollywood actor Salman Khan, who has geared up for the shooting of Ali Abbas Zafar’s Tiger Zinda Hai, was spotted cycling in Mumbai today. Despite knowing the fan following, nothing stops Salman Khan from going on cycling on the busy streets of Mumbai. This is the kind of thing, only Salman Khan can do. Earlier he took Shah Rukh Khan and his son Aryan cycling early in the morning during Eid last year.

Salman is looking dashing in his sporty look and hoody jacket with his production house name “SKF” written. The superstar takes his Being Human cycle for a spin. 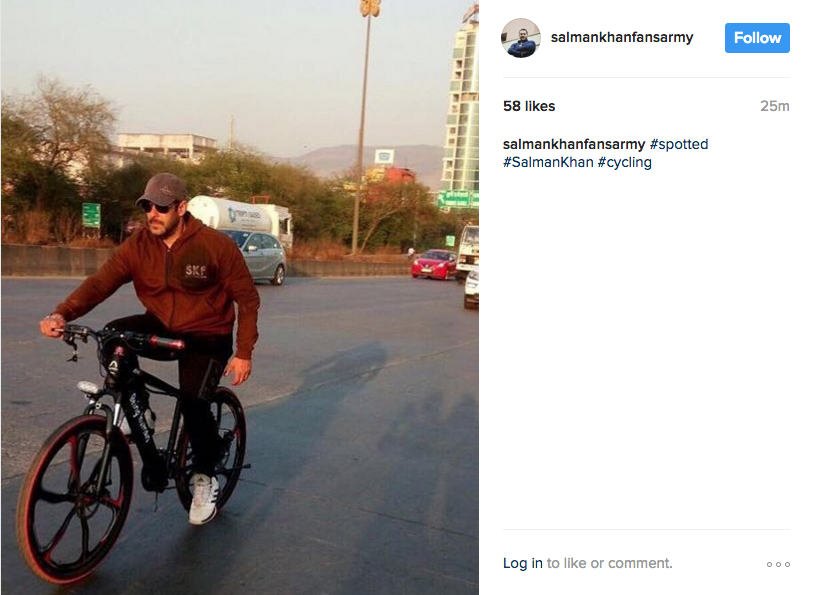 In a recent interview, the director had said, “It is a sequel, but it’s too early to talk about it in detail. It is a political espionage, about spies, what is happening in the world today. Where does India stand, what is right, wrong. It’s about all of that.”