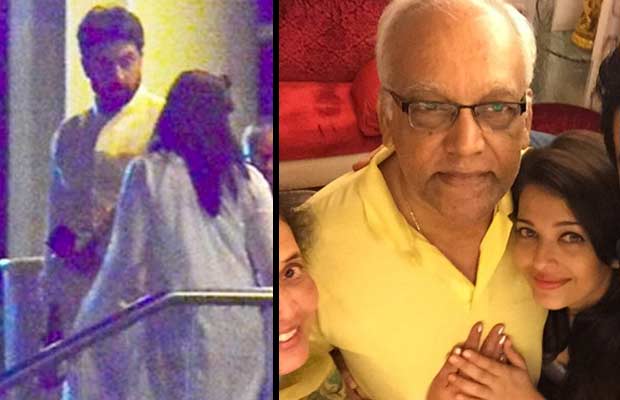 Bollywood couple Aishwarya Rai Bachchan and Abhishek Bachchan were recently spotted at the Lilavati hospital in Mumbai. Both Aish and Abhi had left everyone confused and tensed with their sudden visit to a hospital in Mumbai.  Well, now it has been found that Ash’s dad Krishnaraj, who is not been keeping well, has been admitted to the hospital two weeks back.

According to reports, since two weeks Aishwarya Rai Bachchan was alone taking care of her dad as husband Abhishek Bachchan was in New York for work commitments. Abhishek, who returned from New York yesterday, rushed to meet his father-in-law.

As per a report on the Indianexpress.com, Aishwarya’s father had cancer in the past and he is likely to have had a recurrence. Reports also suggest that he was supposed to return home but due to the critical condition he was shifted to the ICU. More details about the current health condition are awaited.

We wish a speedy recovery to Aishwarya’s dad Krishnaraj!